Mark Zuckerberg, Facebook chief executive, has faced a series of tough questions from European Parliament leaders about how the data of millions of the social network’s users ended up in the hands of a political consultancy.

The live-streamed meeting on Tuesday came three days before tough new European Union rules on data protection take effect, which will include new rules on privacy, copyright and consumer rights.

Facebook has come under scrutiny from politicians on both sides of the Atlantic after it emerged that Cambridge Analytica, a British political consultancy that worked on US President Donald Trump‘s campaign, improperly acquired the data of 87 million users, including up to 2.7 million in the EU.

The European Parliament’s President Antonio Tajani opened proceedings by saying that EU citizens “deserved a detailed explanation” of how the scandal occurred and expressed concerns ahead of EU elections.

Reiterating his apology for Facebook’s handling of the alleged data misuse, Zuckerberg said the company had not done enough to keep its users safe.

“We didn’t take a broad enough view of our responsibility and that was a mistake and I’m sorry for it”, he said.

He went on to list steps his company is taking to prevent data misuse by its partners, including limiting the user data available to applications through Facebook to names, profile pictures and email addresses and committing to doubling the number of staff responsible for safety and security to 20,000 by the end of the year.

“Keeping people safe will always be more important than maximising our profits,” he said.

Zuckerberg spoke for over half an hour in total, mostly repeating assurances and descriptions of Facebook plans that he detailed to US lawmakers during 10 hours of hearings in Washington last month.

He also avoided answering numerous specific questions, notably around opt-outs from targeted advertising, the sharing of data between Facebook and its messaging service WhatsApp, as well as Facebook’s collection of data on non-users.

Though some questions were sharp, there was no chance for the Europeans to follow up if they felt the answers fell short.

“He began answering his questions with only 20 minutes left of the session and what he did was saying ‘Okay, lets deal with themes, let’s not deal with specifics, there isn’t time’ … and he ran through a bunch of themes.

“Yes, regulation was important but not so that it might stifle individual creativity; competition wasn’t an issue because, as a communications tool, there were multiple communication tools out there; ‘we always pay our taxes’, he said, and he reminded them that Facebook is a major investor in [the European] market.”

In his responses, Zuckerberg mentioned that new Artificial Intelligence (AI) tools will allow Facebook to be more proactive in addressing concerns, while also acknowledging that those looking to spread harmful content online will be working to develop this technology as well.

According to Zuckerberg, AI tools will help the company to identify attempts to interfere in elections, saying that more than 30,000 accounts were identified and taken down in this way during the 2017 French elections.

The Facebook chief also said that internet regulation was “important and inevitable” but the key was to find a way to regulate without restraints on innovation.

Prior to the session, the parliament had come under fire after it was announced initially that the meeting would be held behind closed doors and attended by select members of parliament.

Following  the outcry, Tajani, the president, confirmed on Monday that the hearing would be streamed live online.

Since the Cambridge Analytica scandal, Facebook has suspended 200 apps from its platforms as it investigates third-party apps that have access to large quantities of user data.

Cambridge Analytica and its British parent, SCL Elections Ltd, have declared bankruptcy and closed down. 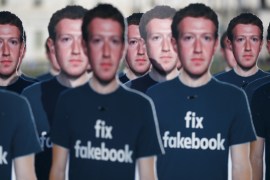 Why the new ad men dislike regulation, but like harvesting as much personal data as possible. 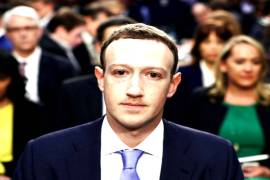 Mark Zuckerberg apologises to US senators for data breach but avoids questions about regulation.