US President Donald Trump is poised to announce his decision on whether or not to withdraw from the Iran nuclear deal, as Iranian President Hassan Rouhani said that Tehran “will overcome” any “problems” it could face in the coming months.

In a social media post late on Monday, Trump said he would make an announcement on the future of the 2015 agreement at 18:00 GMT on Tuesday.

In response to Trump’s announcement, Rouhani told reporters in Tehran on Tuesday that “it is possible that we could face some problems in the coming two to three months, but we will overcome this”.

Iran’s Parliament Speaker Ali Larijani also said on Tuesday that the decision by Trump would only serve to unite the country to walk “on the path of the Islamic Revolution fully behind the leadership of the Supreme Leader”.

Al Jazeera’s Zein Basravi, reporting from the Iranian capital, said that leaders in Iran are “well aware that at this stage, the fate of the nuclear deal is out of their hands”.

He said that the Rouhani administration, which supported the deal from the beginning of the negotiations, is now in “damage-control” mode.

“There’s a lot of the defiant tone that you’re hearing.”

Earlier on Monday, Rouhani had said that the nuclear deal, formally known as the Joint Comprehensive Plan of Action (JCPOA), would be “even better” without the participation of the US.

Rouhani also said that Iran is willing to stay in the deal with Europe, Russia and China if its “expectations” are met.

“The US, from the very start, has been trying to curb Iran’s power, and today, whether they stay in the JCPOA or pull out, they are still after the same thing,” he said.

The landmark deal was signed between Iran and the US, Russia, Germany, France, Britain, China and the European Union.

The US’ allies in Europe have also been trying to convince Trump to preserve the international agreement, which has limited Iran’s nuclear capabilities.

Regardless of Trump’s decision, the other parties to the Iran deal said they would not abandon it.

In a joint statement on Tuesday, the European Union, Britain, France and Germany said they met Iranian officials in Brussels and reaffirmed their support “to the continued full and effective implementation of the JCPOA by all sides”.

Meanwhile, Russia warned on Tuesday that a “very serious situation” will emerge if Trump pulls out of the pact.

Adnan Tabatabai, an Iran analyst and CEO of the Center for Applied Research in Partnership with the Orient in Bonn, said it would be “very difficult” to keep the deal without the US.

“The past few weeks have not been too promising. A lot of political capital has been invested into keeping Trump compliant with the agreement,” he said.

“I am afraid the economic and political dividends the Iranians seek cannot be provided by the Europeans so easily.”

Under the deal signed in Vienna, the capital of Austria, in 2015, Iran scaled back its uranium enrichment programme and promised not to pursue nuclear weapons. In exchange, international sanctions were lifted, allowing it to sell its oil and gas worldwide. However, secondary US sanctions remain.

Since Trump came to office, however, he has taken several steps to block the deal.

In October, he refused to certify that Iran is living up to the accord. He also targeted several Iranian businesses and individuals with new sanctions.

On January 12, Trump announced he was waiving the US sanctions for the “last time”. He said if his demands to “fix the deal” were not met within 120 days, the US would withdraw from the deal on or before May 12. 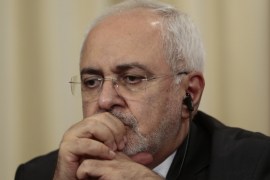 Iran’s top diplomat says US bears sole responsibility for fate of deal, as another official warns of terminating pact. 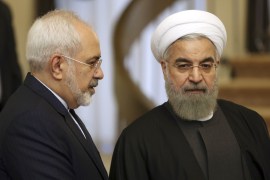 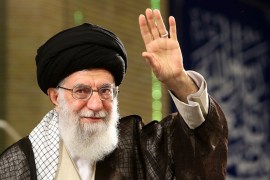