Libyan commander Khalifa Haftar is being treated in Paris after feeling unwell during a foreign tour and is expected to return to Libya within days, a spokesman said.

French media reported that Haftar is receiving treatment at Val-de-Grace, a well-known military hospital near Paris.

This is what we know about him:

Who is Khalifa Haftar? 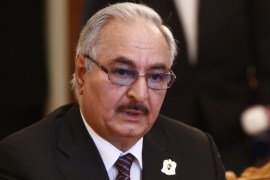