An investigation into possible collusion between the Russian government and Donald Trump‘s 2016 election campaign has loomed over his presidency.

Anti-Trump activists have made numerous references to alleged Russian control over the policies and attitudes of the Trump White House.

But since Robert Mueller was appointed head of the US Department of Justice’s special counsel investigation into possible collusion in May 2017, the probe has widened to include people with ties to Israel, Ukraine and the United Arab Emirates.

Of all the connections between the major players being investigated by the Mueller probe, George Nader, the reported adviser of Mohammed bin Zayed Al Nahyan, serves a central role.

Furthermore, US businessmen with extensive ties to the UAE are known to have had access to the Trump White House.

Al Jazeera examined how these connections and their potential effect on US foreign policy since Trump assumed office in January 2017 in Mueller’s Web: The UAE-Trump Connection.

Elliott Broidy, US businessman, associate of Nader and pro-Israel philanthropist.

Kirill Dmitriev, head of Russia’s $10bn sovereign investment fund who met Prince at a January 2017 gathering in the Seychelles on the recommendation of UAE officials. 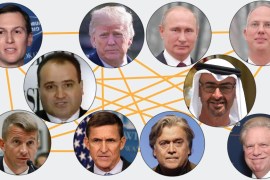 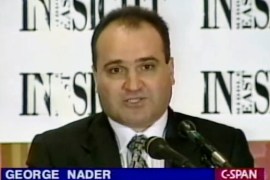 How did Nader, a former adviser of UAE crown prince and paedophile, get high-level access to White House officials? 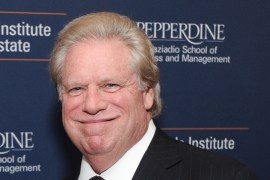 Elliott Broidy: A history of bribery and pro-Israel advocacy

Broidy has reportedly pushed for pro-UAE changes to the Trump administration. How did the Israel advocate get involved?