State-owned Qatar Petroleum (QP) has renewed its contract with Abu Dhabi to continue operating a shared offshore oilfield, amid the continuing blockade by a quartet of Arab countries against Qatar.

The new deal on the Al-Bunduq offshore site replaces the original agreement signed in 1953 between Abu Dhabi and a private oil exploration company, QP said in a statement on Tuesday.

In March 1969, Qatar and Abu Dhabi signed a deal to share equally Al-Bunduq field. It was discovered in 1965 and started operating in 1975.

“We are delighted to sign this concession agreement, which will ensure the continued development and operation of the Al-Bunduq oil field for many years to come,” Saad Sherida al-Kaabi, president and CEO of QP, said on Tuesday.

The Bunduq Company, which operates Al-Bunduq field, is a Japanese-owned company.

Following the news of the deal on Tuesday, the United Arab Emirates (UAE) Supreme Petroleum Council issued a statement denying Abu Dhabi’s role in reaching the agreement with QP.

Abu Dhabi is one of seven emirates of the UAE.

“Al-Bunduq oilfield is shared equally by the emirate of Abu Dhabi and Qatar due to its geographic location. It has been under management by a Japanese consortium for the past four decades,” according to a statement published by the UAE state news agency WAM.

“This concession was recently extended by each respective government to the Japanese consortium with no direct communication or engagement between the two states.

“There is no commercial or trading relationship being established between the UAE and Qatar by the extension of this concession.”

In June 2017, the UAE, Saudi Arabia, Bahrain and Egypt broke off ties with Qatar accusing it of supporting “terrorist” groups and aligning itself too closely to their regional rival, Iran.

The quartet imposed a land, sea, and air blockade on Qatar, and also prevented Qatari aircraft from entering their airspace.

Qatar has vigorously rejected the accusations but refrained from imposing reciprocal punitive measures on the four states.

Despite the blockade, Qatar continues to supply the UAE with two billion cubic feet of gas every day. 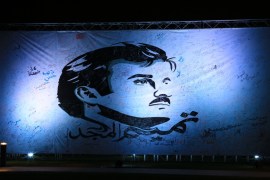 Qatar: Beyond the Blockade

A look at the effect of the GCC crisis and how it’s affecting life in Qatar – from family ties, to business, to art. 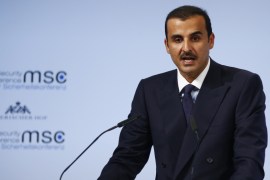 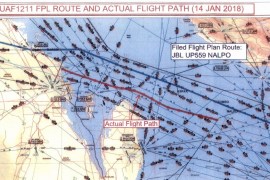