Seoul, South Korea – For the past 25 years, Koreans both young and old have gathered in front of the Japanese embassy in central Seoul every Wednesday – 1,300 times – making it the world’s longest-running protest.

When leaders realised this would never happen, many decided to ask that these elderly women, known as “halmonies” or grandmothers in Korean, be honoured and remembered with a national memorial day in South Korea. President Moon Jae-in agrees.

“It could be a great step forward if the new [South] Korean government adopts this as official policy,” said Sunghee Oh, general-secretary of the Foundation for Justice and Remembrance for the Issue of Military Sexual Slavery by Japan, an advocacy group based in the capital.

“The government is trying to support them, but these women are old and dying,” Oh told Al Jazeera.

In 2015, the Korean government announced it reached an agreement with Japan. Prime Minister Shinzo Abe offered compensation to South Korea’s former President Park Guen-hye. According to the Japanese, this would resolve the comfort women issue “finally and irreversibly”.

But they misjudged how deeply ingrained the issue is in South Korean society. And some Japanese were outraged at Tokyo’s concessions.

At the centre of this controversy is a bronze statue of a young Korean girl. It sits in front of the Japanese embassy in Seoul, where protesters have gathered every Wednesday since 1992.

“This statue symbolises innocence. It offends the Japanese because it’s a constant reminder and they want to forget what happened. They tried to solve this problem with money, but that’s not what we want,” said Hyo Jin-kim, creative director of Uncomfort Women Project, a cyber protest launched in Seoul last August.

“I wanted to use social media to take this weekly Wednesday demonstration online so people outside of [South] Korea could participate.”

The Uncomfort Women Project began by uploading photos to Instagram and Facebook of young Koreans with their faces digitally placed on to the bronze statue, known as “Sanyeosang”, or statue of girl in Korean.

According to Hyo, many Japanese have gone to the Uncomfort Women Project website to upload photos of themselves in support of the cause.

“When I got started with this project I learned there were women from not only [South] Korea but from all over Asia forced to work as sex slaves by Japan,” said Hyo.

The Uncomfort Women Project seeks to engage a global audience and uses geotagging to place the geographical location of the photos at the UN headquarters in New York.

This way, Hyo said, people who care for human rights can see this cyber protest and join calls for an international day for comfort women – the project’s ultimate goal.

“The real issue is protecting and honouring the survivors. We need to set the record straight and watch this cause grow from a Korean one into an international one,” said Hyo.

There are only 35 Korean comfort women survivors alive today. Most live with family or in government-run care centres. Their average age is 91-years-old. Two died last August.

Nine survivors live at House of Sharing, located in a suburb southeast of Seoul. The adjacent buildings house a museum dedicated to comfort women from Korea and the rest of Asia, including Japan.

“This is what most don’t realise – that Japanese women were also recruited and forced to serve their country as comfort women,” said Shinkwon Ahn, chairperson of House of Sharing.

Chinese and Philippine women were also forced into sexual slavery.

The South Korean president has also mentioned a national museum for comfort women to be opened by 2020, pending government approval.

Anh believes another museum dedicated to women and human rights will help bring more international visitors to the country and raise the profile of the comfort women issue abroad.

“A national museum set up by the government could mean a lot. The War and Women Human Rights Museum in Seoul is operated by a civil society group and The House of Sharing, outside of Seoul, is managed by a Buddhist social welfare organisation,” said Anh.

Sunghee Oh and Hyo Jin-kim know a comfort women museum will infuriate hardline Japanese, who believe comfort women were prostitutes who voluntarily gave up their freedom to serve the colonial military until the end of World War II.

Since 2012, August 14th is the date set aside to remember comfort women in South Korea. It’s the day before Independence Day when decades of Japanese colonial rule ended in 1945.

“It’s not ancient history. There are women still suffering because of the abuse faced over 70 years ago. It’s time to right the wrongs of the past,” Hyo said. 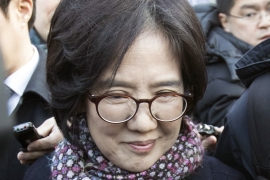 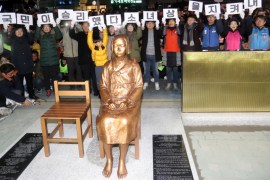