Speculation had been rife for several weeks over new faces in Chahed’s government following his consultations with political parties and organisations such as the powerful labour union UGTT.

Chahed, in power for just over a year, on Wednesday restored Ridha Chalgoum, a former finance minister close to the ruling Nidaa Tounes party, to that ministry.

He also named Lotfi Braham, another Nidaa Tounes ally, as interior minister, according to a statement on the appointments released by the prime minister’s office.

He appointed Ennahda member Taoufik Rajhi, one of his economic advisers, to the new post of economic reforms minister.

Six years since the 2011 uprising that overthrew Zine El Abidine Ben Ali, Tunisia has been held up as a model by avoiding the violence that affected other nations after their “Arab Spring” revolts.

Successive governments, however, have struggled to enact fiscal reforms that have been delayed by political infighting and government wariness of social tensions over jobs and economic conditions that helped spark the 2011 uprising.

Since last year, Tunisians have taken to the streets several times to protest against unemployment.

Chahed described the newly-named cabinet as a “war government” that will continue to “fight against terrorism, corruption, unemployment and regional inequality”.

Three of 11 new faces in the 27-member government served as ministers under the rule of former President Ben Ali.

Nidaa Tounes had been pushing Chahed hard for more representation in the cabinet to better reward their 2014 election victory, while rivals in the power-sharing government pushed back.

Ennahda said the party saw no reason for a major overhaul other than filling vacant minister posts.

Political squabbling and Tunisia’s compromise-style politics to maintain stability have in the past delayed economic reforms as parties jockey for position.

This week, the UGTT warned it could intervene as a mediator, something it had done in past when tensions between secular Nidaa Tounes and Ennahda threatened to scuttle Tunisia’s young democracy.

“Chahed’s deal with Nidaa Tounes and Ennahda is likely to ease tensions and to boost government stability,” said Riccardo Fabiani at Eurasia Group.

“After scheduled local elections in December, this relationship is likely to gradually deteriorate again as tensions rise ahead of the 2019 presidential and legislative ballots,” he said. 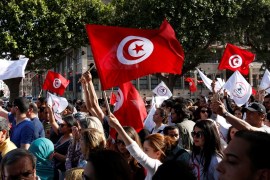 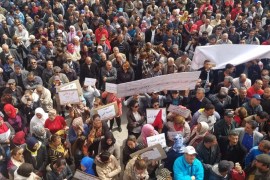 Country has seen a wave of protests on the six-year anniversary of revolution that ousted Ben Ali. 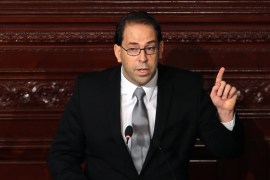