North Korea has been working towards becoming a nuclear power since the 1950s. However, since 1984 the isolated North Asian nation has significantly upped its activities towards this goal.

Under the then leadership of Kim Il-sung – the first leader of the communist country – North Korea launched its first missile tests of significance. After Kim’s death in 1994, his son Kim Jong-il became supreme leader of North Korea.

He carried on his father’s legacy and ramped up the scale of both its nuclear and ballistic missile programmes. This led to the first nuclear test and first launch of an intercontinental ballistic missile (ICBM) in 2006. Although the ICBM test failed, it was clear to the world that North Korea’s military capabilities were increasingly rapidly.

READ MORE: What is the reach of North Korea’s missiles?

In 2011, Kim Jong-il died and his son Kim Jong-un came to power. Since then he has pushed the nuclear programme to new heights with more tests and improved capabilities.

The United States, North Korea’s main enemy, is fearful a nuclear-armed ICBM could be used to target American cities. 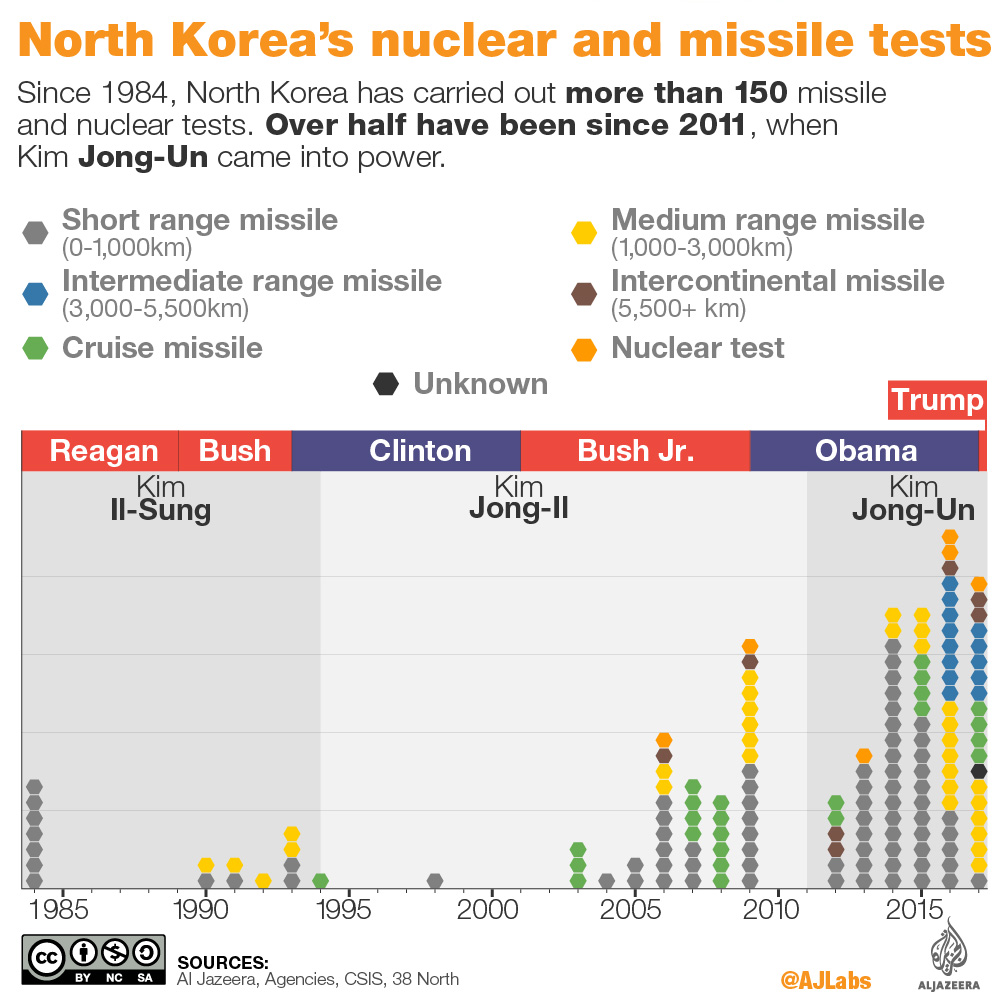