The United States will reduce the number of refugees it is prepared to welcome for resettlement to only 45,000 over the next year – about half the figure for 2016.

The decision announced on Wednesday will disappoint refugee advocates and United Nations agencies, which are struggling to cope with millions displaced by several major wars.

“The security and safety of the American people is our chief concern,” a senior US official told reporters on a call to announce the new figure.

“We need to ensure refugee resettlement opportunities go to those who are eligible for such protection and who are not known to present a risk to the safety or the security of our country.”

FEATURE: In pursuit of asylum on the US-Canada border

The US is still the world’s biggest destination for refugees, but arrivals are well down from a high of more than 200,000 in 1980.

The International Refugee Assistance Project, part of the New York-based Urban Justice Center, condemned the announcement as a case of the US abdicating its leadership role on humanitarian issues at a time when the world is grappling with the largest number of refugees since World War II.

“Resettlement is only an option in the most urgent refugee cases,” said Betsy Fisher, IRAP’s policy director.

“It’s hard to comprehend why the administration would move to limit resettlement when the need is greater than ever. We are abandoning desperate people in life-or-death situations, including children with medical emergencies, US wartime allies, and survivors of torture.”

President Donald Trump has made no secret of his hostility to resettlement, having ordered a moratorium on new arrivals and tougher background checks.

Those who are accepted for resettlement in the US are selected by the UN refugee agency from among the most vulnerable displaced people.

Officials said they plan to complete a review of security procedures for vetting new arrivals by next month, but arrivals next year will be reduced.

Widows with children, the elderly, and the disabled are given priority and subjected to a thorough screening process by US security and intelligence agencies.

The process takes between 18 months and two years, and only then are the refugees assigned to resettlement agencies working under contract with the Department of State.

The agencies help families find housing and employment, mainly in small and medium cities around the US. 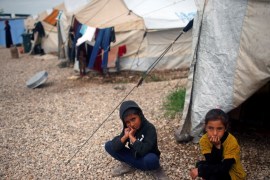 Report released ahead of World Refugee Day shows a jump of 300,000 people uprooted over the past year. 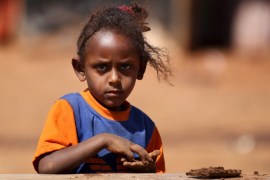 Accessible resettlement programmes for refugees in Africa can curb irregular immigration to the West and save lives.