The world’s population will get increasingly older over the next decades. In 1955, less than 10 percent of the population was over the age of 60. In 2100, this number will have risen to over 20 percent. The change in demographics will have major consequences for things like healthcare, pensions and politics. 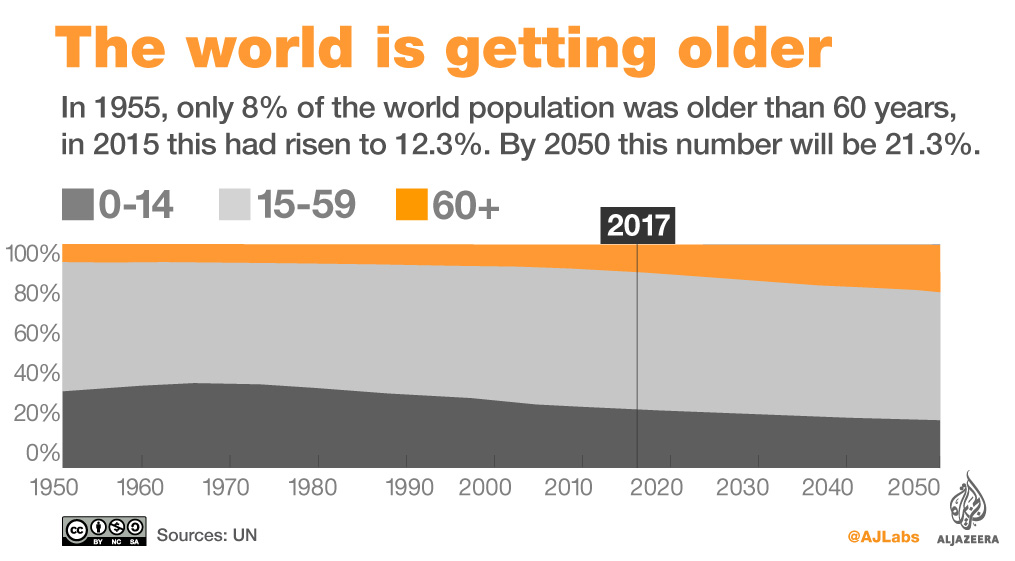 All continents will see an increase in the proportion of people over the age of 60. Europe, Nothern America and Asia will feel this change most rapidly – they will all have more than a quarter of their population in the higher age segment by the year 2055.

While an ageing population presents many policy challenges, there is no shortage of examples of individuals who make the most of their third age.

Take Dagny Carlsson, the world’s oldest blogger. By the time Carlsson turned 100 years old, she had been to more funerals than she could even count. When it seemed like her life was almost over she bought a computer, taught herself how to use it and started a blog.

She soon had more than half a million readers and became a celebrity in Sweden. Now, Carlsson is an inspiration who mingles with the stars, participates in political debates on TV and is always making new friends.