US Republicans have fallen short yet again in their seven-year drive to repeal Obamacare, in a bitter defeat that raises more questions about their ability to enact President Donald Trump‘s agenda.

The party was unable to win enough support from its own senators for a bill to repeal the 2010 Affordable Care Act and decided not to put it to a vote, several Republicans said.

The bill’s sponsors vowed to try again, but face steeper odds after Sunday, when special rules expire that allow them to pass healthcare legislation without Democratic support.

“We basically ran out of time,” said Senator Ron Johnson, a co-sponsor of the measure with Senators Bill Cassidy, Lindsey Graham and Dean Heller.

They have yet to achieve any major domestic policy successes in Congress this year, which could hurt their efforts to retain control of the Senate and House of Representatives in the November 2018 congressional elections.

Republicans widely view Obamacare, which provides coverage to 20 million Americans, as a costly government overreach. Trump vowed frequently during the 2016 election campaign to scrap it. Democrats have fiercely defended it, saying it has extended health insurance to millions.

After falling short in July, Senate Republicans tried again this month with a bill that would have given states greater control over the hundreds of billions of dollars that the federal government spends annually on healthcare. 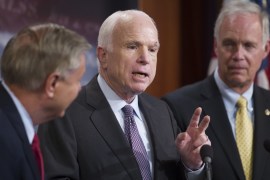 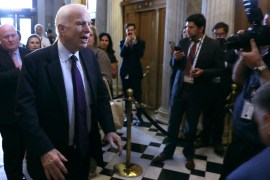 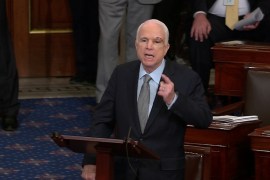