Barely a week after a senior Saudi scholar said women in the country should not be allowed to drive because they have “a quarter the brainpower of men“, Saudi Arabia’s king issued a decree that women will now be able to obtain a driver’s licence.

The decree said that women would be allowed to drive “in accordance with the Islamic laws” and a high-level committee of ministers has been set up to organise the implementation of the order.

Saudi state TV said that the rollout of the changes would take until June 2018. However, the Saudi ambassador to the United States reportedly said that Saudi women with a driver’s licence from any of the GCC states would be allowed to drive immediately in the country.

The decision has sparked euphoria and disbelief among activists in the kingdom, which was the only country in the world to still ban women from driving.

Dr Madawi al-Rasheed, a Saudi academic, congratulated the women activists in a tweet and wished for “political and civil rights and an elected government” to follow.

She also warned that the decision was aimed at diverting attention from Saudi Arabian human rights abuses, such as the arrest of political dissidents.

By allowing women to drive, Saudi regime wants to divert attention from detaining more than 40 pple since 9 Sept

Loujain Halthloul, a Saudi activist who was imprisoned for 72 days in the winter of 2014 for attempting to cross the UAE border into Saudi Arabia in her car, tweeted two words: “Thank God”.

Halthloul and another female activist, Maysaa al-Amoudi, who was also detained, have been credited with successfully campaigning against the driving ban.

Let's not forget #Saudi rights campaigners Loujain Hathloul & Maysaa Alamoudi who protested to end driving ban & were once jailed for it. pic.twitter.com/fypUbiIFN6

Manal al-Sharif, who started the Women2Drive campaign in 2011, heralded the change that she saw her country going through.

She later posted a picture of Crown Prince Mohammed Bin Salman with the caption “And they blame me for loving you.”

However, reactions from around the world pointed out that Saudi Arabia’s new decree was not as progressive as the kingdom hoped it would be received.

I agree it's a encouraging sign, but banning women from driving ranks about 8,349th on Saudi Arabia's list of human rights violations.

Breaking: Saudi Arabia to join the 20th century in June of next year.

As long as the rights of millions of Muslim women remain subject to the whims of male monarchs: driving around is at best fake freedom

Meanwhile, this big step makes it likely that the international community will be less inclined to criticise the recent arrests of clerics

Other Twitter users pointed out that Saudi women are still under the male guardianship system, which among other things, prevents them from travelling without permission of the men in their family.

There is a long struggle ahead. Guardianship laws still exist, and the culture means men still control the lives of their wives, daughters.

Some hit back at sexist jokes that flooded Saudi Twitter in the wake of the driving ban being lifted, reminding people that Saudi Arabia has one of the world’s highest car accidents rates, while only men are driving.

To all the men making jokes about women driving, I remind you: Saudi has one of the highest car accident rates, and only men drive.

Saudi Arabia has now lifted the ban on women driving. Get in your cars, ladies and drive. Keep driving until you’ve left the country. 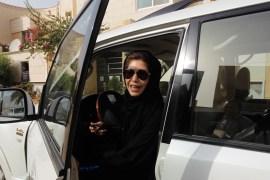 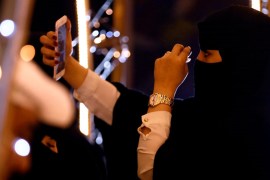