The European Commission has unveiled a new plan that would allow for 50,000 refugees – mostly from a host of African countries – to be resettled to Europe over the next two years.

The proposal on Wednesday by the European Union’s executive branch involves admitting asylum seekers under the bloc’s resettlement programme, which was introduced at the height of a major refugee crisis in 2015.

The commission said that it had set aside 500 million euros ($590m) to support the resettlement effort. Member states will be free to participate in the scheme on a voluntary basis.

The EU’s executive arm said that while resettlement from Turkey and the Middle East is to continue, an increased focus should be put on resettling vulnerable people from Libya, Egypt, Niger, Sudan, Chad and Ethiopia.

“Europe has to show that it is ready to share responsibility with third countries, notably in Africa. People who are in genuine need of protection should not risk their lives or depend on smugglers,” Avramopoulos said.

Libya is the main jumping-off point for many people willing to brave potentially dangerous sea journeys across the Mediterranean in search of better lives in Europe. Egypt, Sudan, Chad and Niger – one of the main migrant transit countries in Africa – all border Libya.

Resettlement is managed by the office of the United Nations High Commissioner for Refugees (UNHCR), which selects refugees who have a continued need for international protection.

European countries are individually responsible for deciding on resettlement numbers so they cannot be legally bound by Brussels to take more people in.

Last year, the main beneficiaries of UNHCR-facilitated resettlement programmes were refugees from Syria, the Democratic Republic of the Congo, Iraq and Somalia.

The EU has already resettled 23,000 people from refugee camps in countries outside the EU under the scheme, mainly Turkey and Jordan, which were overwhelmed with people fleeing the war in Syria.

The resettlement programme is different from the EU’s compulsory refugee quotas, which involved moving asylum seekers who had already reached Italy and Greece to other EU countries.

The latter scheme, which ended on Wednesday, saw just 29,000 people out of a planned 160,000 shared out around EU states to ease the pressure on the overstretched Greek and Italian authorities.

The commission also said it wants to ensure that those not permitted to stay in Europe are returned to their home countries more quickly.

“We have to be clear and brutally honest, people who have no right to stay in Europe must be returned,” Avramopoulos said.

He also said that the commission would propose a temporary extension to allow countries such as Germany, Austria, Denmark and non-EU country Norway to keep systematic ID checks in place.

Separately, the EU also released plans on Wednesday to allow countries in the passport-free Schengen area to reintroduce border controls for security reasons for up to three years.

Countries in the 26-country Schengen travel area can currently reintroduce frontier checks for six months for security reasons, and two years if that is combined with a threat to borders.

“Under today’s proposals, member states will also be able to exceptionally prolong controls if the same threat persists,” the commission said in a statement.

Avramopoulos, however, said this should be a “last resort”, and that keeping the Schengen area open for travel should be a priority.

Several countries, including France and Germany, have called for the extension after a series of attacks. France reinstated the checks after the November 2015 Paris attacks.

Border checks introduced by Germany, Denmark, Austria, Sweden and Norway in May 2016 to deal with a huge influx of refugees and migrants into Europe from Syria and North Africa are set to expire in November.

The reintroduction of so many checks raised concerns about the collapse of the Schengen zone, seen by many in Europe as a symbol of unity and freedom. 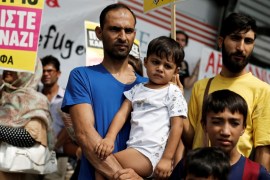 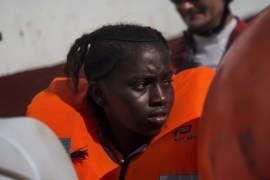 Rights groups concerned as likelihood of drowning increases on ‘most dangerous’ route and as conditions worsen in Libya.