US-backed Syrian fighters captured a major gas field from the Islamic State of Iraq and the Levant (ISIL) group in an eastern province that borders Iraq as they race with government forces to capture the energy-rich region, a senior official with the group said.

Nasser Haj Mansour of the Syrian Democratic Forces (SDF) said the Conoco gas field and plant came under full control of the group on Saturday morning after days of fighting with the armed group.

He added that SDF, a coalition of Kurdish and Arab fighters, also captured the nearby al-Izba gas field.

The facility had the largest capacity of any in Syria before the conflict erupted in 2011: 13 million cubic metres of natural gas a day, according to The Syria Report, an economic digest.

Sillo added that ISIL, which is also known as ISIS, had been controlling Conoco since 2014.

The UK-based Syrian Observatory for Human Rights, which tracks the war in Syria, said SDF fighters have not yet taken the field in the province of Deir Az Zor, saying fighting is ongoing around it.

The monitoring group said ISIL fighters are launching a counter-offensive to slow down the push by the SDF.

SDF fighters have been marching on the east bank of the Euphrates River in Deir az Zor while Syrian troops are gaining in areas on the west bank of the river under the cover of Russian air raids.

Earlier this week, Syrian troops crossed into parts of the east bank, but have concentrated their operations mostly on the west.

Deir Az Zor is a province rich in oil and gas and both sides have been racing to reach the fields.

The next main target will be al-Omar oil field – Syria’s largest – that is on the east bank of the Euphrates. Syrian government forces are also speeding to capture it.

Oil revenues are badly needed for future reconstruction of Syria that has been plagued by war since 2011.

On Thursday, Russia warned against targeting its special forces in Deir Az Zor, raising concerns over direct clashes between rival forces backed by Moscow and Washington fighting for the energy-wealthy region.

The warning was followed by an acknowledgement from the Pentagon of an unprecedented face-to-face meeting between Russian and American military leaders, which took place inside or near Syria, to address the rising tensions.

Russia has been a main backer of Syrian President Bashar al-Assad and joined the war two years ago, tipping the balance of power in his favour. 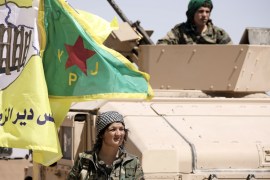 Russia denies targeting alliance of Kurdish and Arab fighters in Deir Az Zor as both sides battle ISIL in the province. 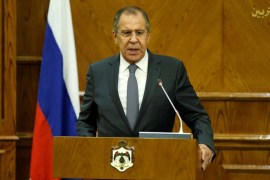 Sergey Lavrov says kingdom has assured its support for setting up ‘de-escalation’ zones in Syria under Astana deal. 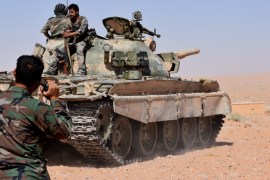