Iran has been working on its ballistic missile programme for several decades, using both Soviet and proprietary technology.

In June 2017, the Iranian Revolutionary Guard used some of these missiles to attack ISIL positions in the Syrian province of Deir Az Zor.

The missile attack was a retaliation for two deadly attacks in Tehran earlier that month that were claimed by the armed group.

At least 17 people were killed ISIL in the June 7 attacks on Iran’s parliament and the Mausoleum of Ayatollah Khomeini that left 17 people dead.

The firing of the missiles in June, the first in 30 years outside Iran’s own territory, came hours after Supreme Leader Ayatollah Ali Khamenei, in a statement on his website, vowed Iran would “slap its enemies” in honour of the victims’ families, including those killed in Syria and Iraq.

On September 23, 2017, Iran’s state media revealed footage showing the test of Khorramshahr missile hours after it was unveiled during a military parade. 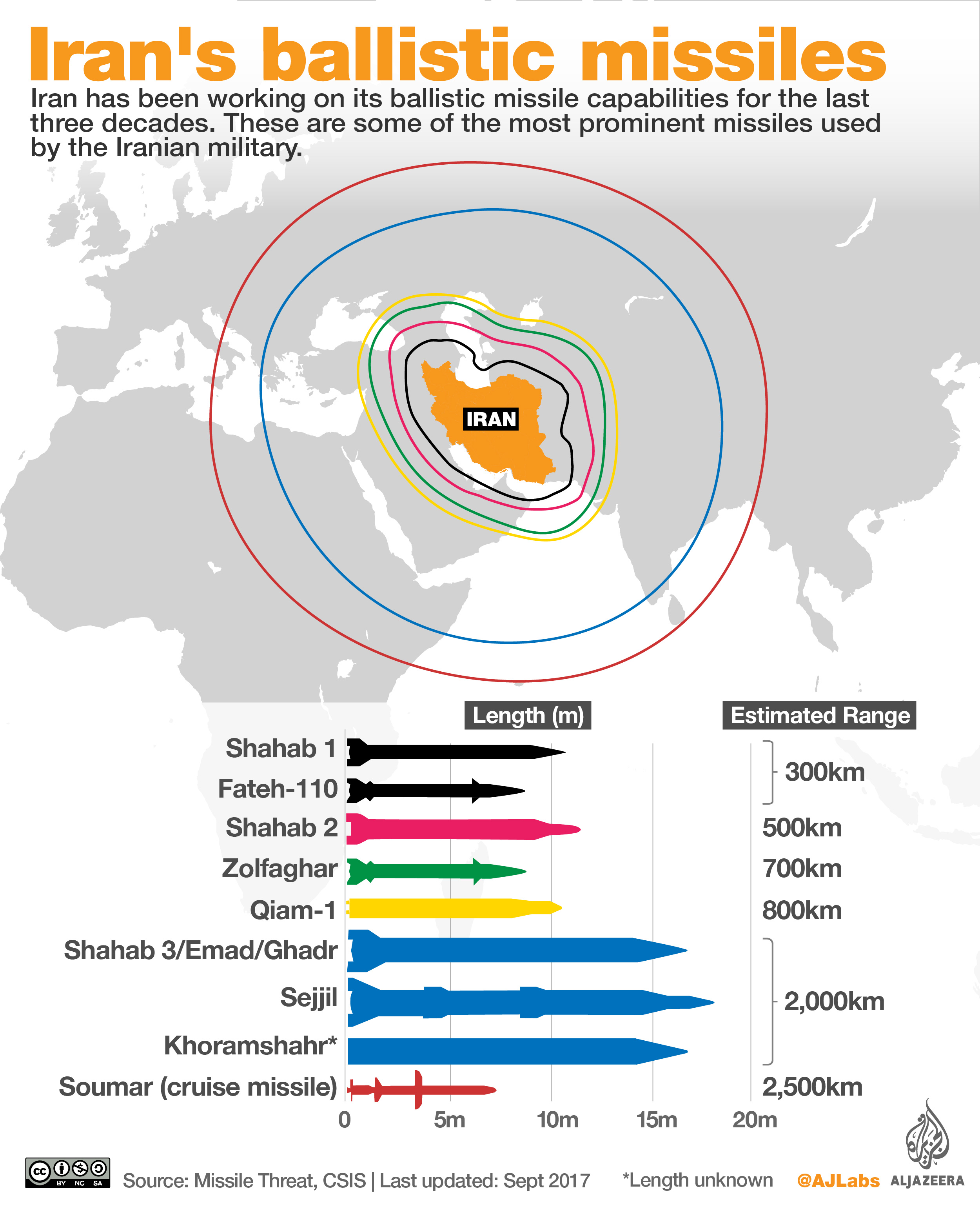