The world saw its first nuclear weapon test on July 16, 1945, when the United States detonated a nuclear bomb at a test site in New Mexico. Since then, a total of 2,056 nuclear tests have taken place, most of them conducted by the US and USSR (now Russia) during the Cold War era. 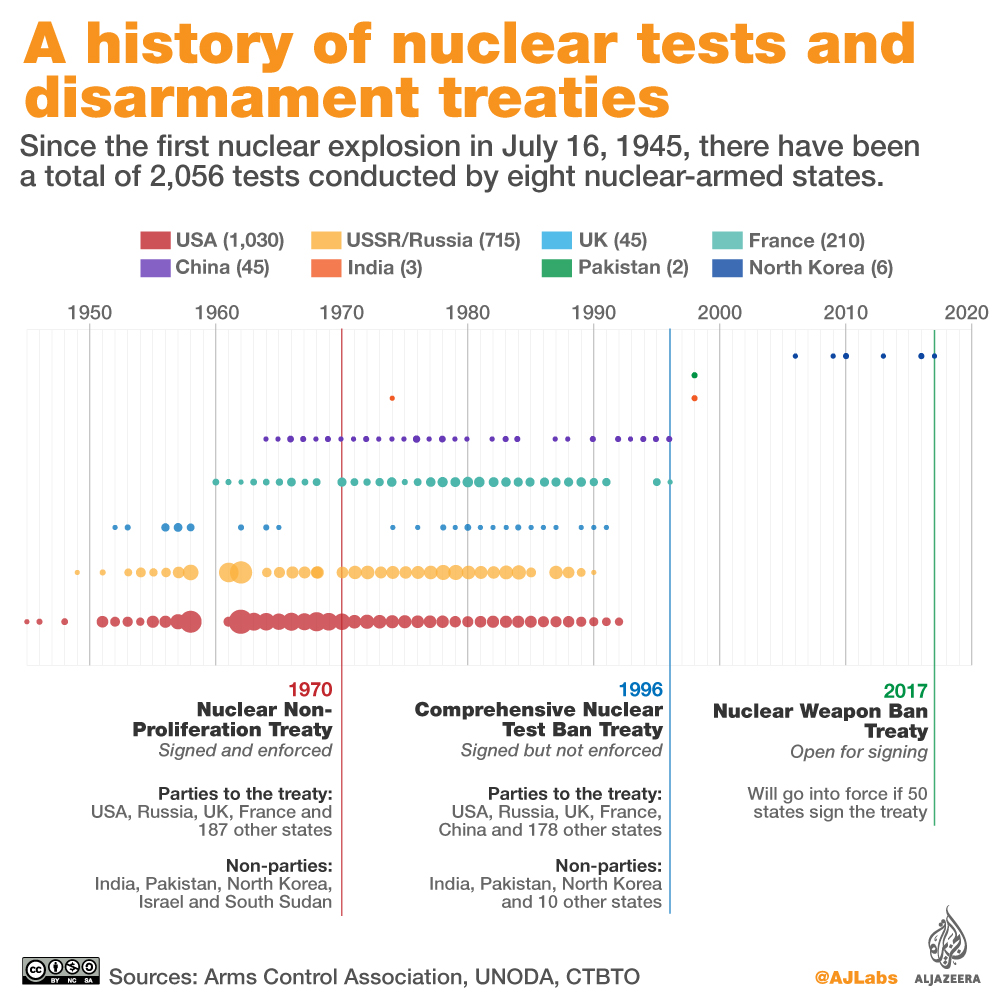 North Korea is the only country that has detonated nuclear weapons since 1998, when both India and Pakistan tested their nuclear technology in an arms race.

North Korea’s recent showcase of ballistic missiles and nuclear tests has hightened tensions in the international community, with UN Security Council imposing new sanctions on Pyongyang and the US vowing to “totally destroy North Korea” if needed.

Amidst rising tensions between North Korea and US and allies, the international community has vowed to eliminate nuclear weapons technology from the earth. On September 20, at a UN meeting in New York, more than 50 countries signed a treaty banning nuclear weapons. None of the eight countries known to carry nuclear arms signed the treaty.