Kenya’s electoral commission says it has moved the date of the country’s repeat presidential elections to October 26.

The commission said in a statement on Thursday that plans to hold the vote on October 17 had to be scrapped because it needs more time to meet the requirements set by the Supreme Court on Wednesday.

In its ruling, the court said the electoral commission had failed to properly verify the result of the August 8 vote that declared President Uhuru Kenyatta as the winner but was later invalidated.

It also said the electoral commission had not given the court access to its computer servers to disprove the charge by veteran opposition leader Raila Odinga that hackers infiltrated the commission’s system and altered the results.

“There is no doubt that the judgement impacts on the election operations and in particular technology to be deployed,” the commission said in its statement announcing the new date for the elections.

“In order to ensure that the Commission is fully prepared to deliver an election that meets the standards set out by the Supreme Court, we wish to notify the public and all stakeholders that the fresh presidential election shall now be held on Thursday, 26th October 2017,” it added.

OPINION: Can Kenya pull off a second election within 60 days?

Kenyatta on Thursday denounced the nullification of his re-election as a blow to the democratic ideals Kenyans fought for, calling it “a judicial coup”.

But in an interview with Al Jazeera, Odinga said that the Supreme Court was right to void the result.

“I know that I did not lose the election and the results were just manipulated,” he said on Thursday.

“This is what we call injustice, and the court did the right thing after examining the evidence we placed before it.” 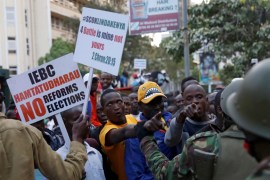 Judges say election process was neither ‘transparent nor verifiable’ but dismiss opposition claims against Kenyatta. 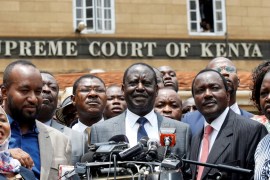