Kuala Lumpur, Malaysia – Some of Malaysia and Singapore’s best-known brands are failing to take steps to use sustainable palm oil even as they expand their businesses overseas, according to a new survey of the region’s major food and restaurant chains released by World Wildlife Fund (WWF).

The local units of WWF surveyed 47 locally based food-related companies – 27 from Singapore and the remainder from Malaysia – over the first half of this year. Only 16 of them, selected on criteria including market share, brand recognition and regional presence, responded to the survey. Of those, just half had taken steps to support the use of sustainable palm oil.

“The [scorecard] is a critical stepping stone towards improving supply chain sustainability among regional companies,” Denise Westerhout from WWF-Malaysia told Al Jazeera. “One of the things we realised is that most don’t have a sustainability person, let alone a team.”

As palm oil plantations have expanded across Malaysia and Indonesia – tripling in scale over the past decade – the controversy over the edible oil has intensified. Green groups concerned about the effect of a crop of increasing economic importance on a fragile tropical environment have urged producers and users – mostly multinationals who buy the oil for use in foods, toiletries, beauty products and cleaning fluids – to adopt more sustainable practices.

IN PICTURES: The human cost of palm oil production in Myanmar

The scorecard is the first attempt by WWF to investigate those commitments among Malaysia and Singapore’s most well-known food brands, and mirrors an international scorecard that was started in 2009.

“The scorecard will be the baseline for Malaysian and Singaporeans companies in recording their journey and commitment towards using, sourcing and supplying certified sustainable palm oil,” WWF-Malaysia executive director Dionysus Sharma said in a statement on the release of the results.

The level of non-responsiveness and non-disclosure was higher than in the international survey, WWF said. Companies blamed the small size of their purchases, the cost of sourcing sustainable palm oil, and a lack of consumer awareness and demand among their reasons for not buying CSPO.

While Southeast Asian food companies and restaurant operators have remained largely under the radar in campaigns for sustainability, overseas expansion and demand for environmentally friendly products increases among Southeast Asian consumers tired of the annual “haze” – a smoky smog that descends on the region each year – there is likely to be growing pressure for them to be more transparent about their business practices.

Some of the companies that failed to respond to the scorecard already operate, or are planning to open, in Europe and Australia, where consumer campaigns against palm oil have been most vociferous. The European Union has said it will import only certified sustainable palm oil by 2020 and manufacturers are required to list the different types of vegetable oil in their product.

Singapore’s BreadTalk, a publicly listed company that runs 862 bakeries across the region and operates in 17 countries in the Middle East and Asia, did not respond to WWF’s survey. The operator of Din Tai Fung dumpling restaurants in the region, with plans to open the first outlet in London this year, told Al Jazeera it was committed to responsible environmental practices. The company filed its first Sustainability Report in 2016.

“Our usage of palm oil is relatively small and, hence, we are unable to share specific usage details,” Glenn Huang, vice president for group corporate affairs and communications, said in an email. He stressed that BreadTalk had been using certified bio-degradable plastic bags since 2008, while its paper cups and cake boxes were sourced from certified suppliers.

Other companies that did not respond included Malaysia’s PappaRich, a restaurant chain selling local dishes in nine countries around the world, Singapore-based Commonwealth Capital Group, home to brands such as Soup Spoon and Pastamania, and leading supermarket companies in Southeast Asia, including the Malaysian arm of Britain’s Tesco.

Of those that did reply, six failed to score any points, including Brahim’s, which provides inflight meals to airlines flying out of Malaysia. In its annual report, the publicly listed company said it aimed, “to practise procurement policies with minimal negative impact to the environment”, and subjects its suppliers to audits.

Topping the scorecard was Singapore-based Ayam Brand, known throughout the region for its tinned fish products. Controlled by the Denis Group, Ayam Brand scored 10 out of a possible 12 points, and was characterised by WWF as “leading the way” in sustainability. Wildlife Reserves Singapore was second and MAMEE-Double Decker, a Malaysian snack manufacturer, came third.

Ayam Brand started using sustainable palm oil in 2010, after what it calls “a friendly wake-up call from a small Australian NGO” and expects to buy about 100 tonnes of the edible oil (nearly all of it sustainable) this year. It uses the commodity in six products in which changing to another oil would spoil the taste or stability of the product, such as spicy curry pastes, and lists it among the ingredients on the tin.

“We realised that most of the biggest food multinationals had already made the switch to sustainable palm oil but very few small and medium-sized companies like ours,” Herve Simon, group marketing director at Denis Asia Pacific, explained. “Using small volumes of palm oil is not an excuse for non-action because combining all the small volumes amounts to considerably more than the volume used by multinationals.”

Ayam Brand is a member of the RSPO and one of the founder members of the Singapore Alliance for Sustainable Palm Oil (SASPO), which aims to help small and medium-sized companies make the transition to sustainable products.

“Younger generations of consumers will have no tolerance for those not making the switch,” Simon added. “Should there be heavy haze in the future, loyal consumers could turn angry against passive brands. [They] may even face product recalls as happened in the case of paper products in Singapore in 2015.”

WWF sees the next 12-18 months as crucial; an opportunity for palm oil buyers to clean up supply chains and make a commitment to supporting the kind of sustainable practices that will reduce the negative environmental impact of the plantations.

“The world is at a critical stage on the journey to sustainability, especially in palm oil,” said WWF’s Sharma. “Although more major brands are now using only CSPO, there are companies which have yet to start. That needs to change.” 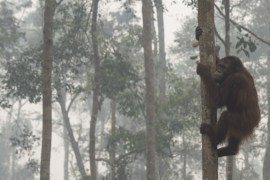 The true cost of Malaysia haze

The economic impact of Malaysia’s haze will take months to assess, but are consumer power or product bans much help? 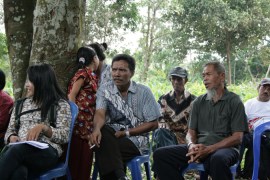