The new US ambassador to Israel has described as “alleged” the Israeli occupation of Palestine, in his first interview since taking office.

In the interview, published by the Jerusalem Post on Friday, David Friedman also claimed that US President Donald Trump – who is his close friend – will eventually deliver on his campaign promise and move the US embassy from Tel Aviv to Jerusalem.

When critiquing the American Jewish community, he said those on the left are being portrayed as believing that Israel would become a better society only if the “alleged occupation” ended.

Those on the right, he said, were seen as “believing that peace is not possible”.

When questioned on why Trump had not yet moved the US embassy to Jerusalem from Tel Aviv, Friedman said it was a question of “when”, not “if”.

“It’s something we think about all the time,” he said, explaining that the Trump administration was focused on the timing of the move.

Palestinians and the Arab world fiercely oppose a move, and the international community has warned that it could lead to fresh unrest.

They hope to make East Jerusalem the capital of a future Palestinian state and have broad support from the international community.

Palestinians argue that moving the embassy would prejudge one of the most sensitive issues in the conflict, undermining America’s status as an effective mediator.

The interview also covered the issues of settlements; former US President Barack Obama‘s decision not to veto a UN Security Council resolution on settlements; Trump’s “phenomenal” relationship with Israeli Prime Minister Benjamin Netanyahu and the left-wing media’s “astonishing” obsession with “destroying the [US] president”.

The Jerusalem Post also claimed that Friedman “enjoys direct access” to Trump, and has already visited the president twice in the space of two months. 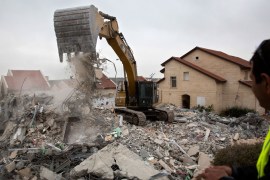 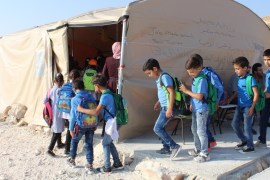 Brand new primary school in Jubbet adh-Dibh was razed just as the new school year was set to begin.