The Kurdistan Regional Government (KRG), which governs the semi-autonomous Kurdish region in northern Iraq, plans to hold an independence referendum on September 25, 2017. While the vote, which is likely to result in favour of independence, is nonbinding, it will give the Kurdish government more ground to demand a separate statehood in northern Iraq.

The KRG is recognised in Iraq’s constitution as the official authority of the provinces of Duhok, Erbil, Sulaimaniya and Halabja (which was carved out of Sulaimaniya in 2014). It has its own parliament, based in the capital city of Erbil, and military forces, known as the as the Peshmerga. KRG’s budget is allocated by Iraq’s federal government.

The Iraqi government and several other countries, including the United States and Turkey, have opposed the referendum.

READ MORE: US urges Kurds to call off independence vote 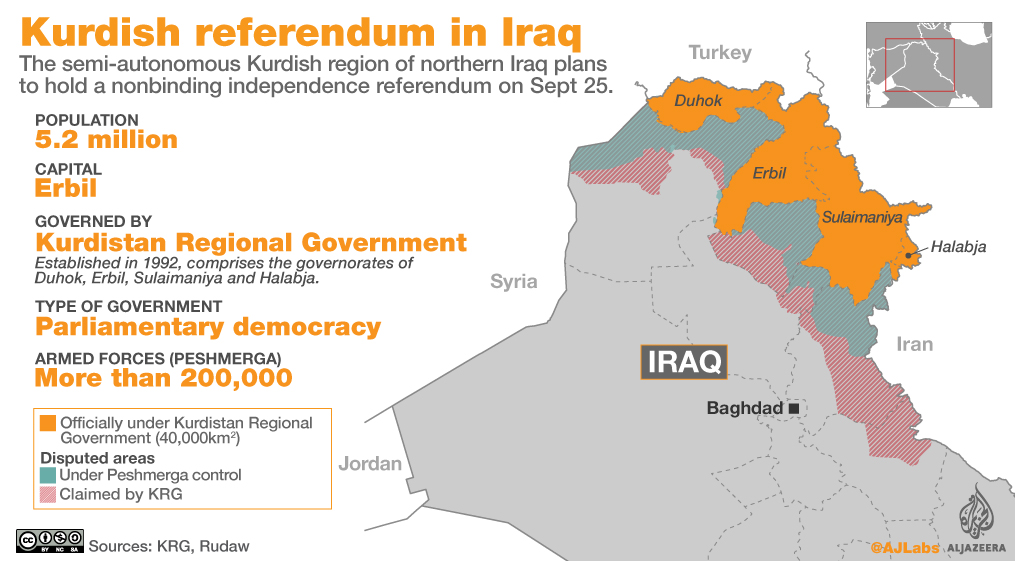