The United States has refuted reports that it was softening its stance on the Paris climate accord, insisting that Washington will still withdraw from the agreement unless it can re-enter on more favourable terms.

The statement on Saturday came after the Wall Street Journal and AFP news agency quoted Miguel Arias Canete, a top European climate official, saying the US will “not re-negotiate the Paris accord, but will try to review the terms on which they could be engaged under this agreement”.

Canete said there would be a meeting on the sidelines of next week’s UN General Assembly with US representatives “to assess what is the real US position”, noting “it’s a message which is quite different to the one we heard from President Trump in the past.”

US President Donald Trump announced in June that he would withdraw the US from the 2015 global pact, arguing that it would undermine the US economy and national sovereignty. But he also left open the door to negotiating a better deal for US businesses and workers.

“There has been no change in the United States’ position on the Paris agreement,” said White House spokeswoman Lindsay Walters on Saturday. “As the president has made abundantly clear, the United States is withdrawing unless we can re-enter on terms that are more favourable to our country.”

The US State Department submitted an official withdrawal from the pact to the UN last month.

Saturday’s White House statement came as environment ministers from 30 countries gathered in the Canadian city of Montreal to push forward on implementing the Paris deal.

Ministers from Canada, the European Union and other nations told reporters that they expect continued US participation in Paris climate agreement talks.

The withdrawal process will take until November 2020 to complete.

“While we understand that the US’ position on the Paris agreement has not changed, we are pleased that they continue to engage,” said Canadian Environment Minister Catherine McKenna.

Attendees reaffirmed their commitment to the terms of the pact, which was signed by nearly 200 countries in December 2015.

China’s representative Xie Zhenhua said: “The Paris agreement should not be renegotiated.”

The Montreal gathering precedes larger United Nations climate talks in Germany’s Bonn, where devastation from Hurricane Irma in the Caribbean is expected to be discussed.

Irma, one of the most powerful Atlantic storms in the last century, killed dozens of people and caused billions of dollars in damage across the Caribbean and Florida. 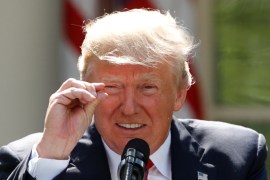 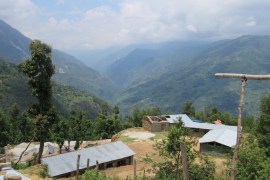 The US, climate change and the farmers of Nepal

As climate change makes their lives increasingly precarious, Nepalis reflect on the US withdrawal from the Paris Accord.