A second man has been arrested over Friday’s bomb attack on a London underground train that injured at least 30 people, police said.

The 21-year-old man was arrested in the west London suburb of Hounslow just before midnight on Saturday, the Metropolitan Police said in a statement.

He was detained under Britain’s Terrorism Act and taken to a south London police station, police said.

Earlier on Saturday, police arrested an 18-year-old man in the port of Dover and raided a property in Sunbury, a small town outside London, as they hunted for whoever planted the device.

Hounslow is about four miles from Sunbury.

A bucket packed with nails and the explosive triacetone triperoxide (TATP) was left on a busy train during Friday’s morning rush hour. No one was killed when it went off.

Officials have said they are not sure how many people were involved in the bombing, which prompted the government to raise country’s “terrorism” warning to critical, the highest level.

In the wake of the attack, there was no sign of panic among Londoners and the weekend life of the city continued undeterred by the raised threat level.

Officials said the bomb was intended to do grave harm to commuters. Analysts said the injuries would have been far worse had the entire device exploded.

The Islamic State of Iraq and the Levant (ISIL, also known as ISIS) group claimed responsibility for the attack, which it said was carried out by an affiliated unit.

Britain has endured four other attacks this year, which have killed a total of 36 people. The other attacks in London – near Parliament, on London Bridge and near a mosque in Finsbury Park in north London – used vehicles and knives.

In addition, a suicide bomber struck a packed concert hall in Manchester in northern England, killing 22 people. That attack in May also briefly caused the threat level to be set at “critical”. 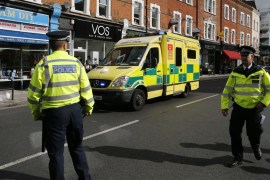 The ‘critical’ level of threat announced by Prime Minister May means that an attack is expected imminently. 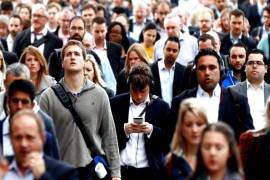 A new report says ethnic minority households in the UK earn up to $12,000 less than white Britons.