While fewer refugees have drowned in the Mediterranean so far in 2017 compared with the same period a year ago, the number of arrivals has fallen drastically – meaning that those who do set off from the Libyan coast have a greater chance of dying.

In March last year, two events slowed the flow of Europe-bound refugees migrating from Turkey and Greece. First, a string of countries effectively shut the Balkan route which allowed refugees to travel by land from Greece to western Europe. The EU-Turkey deal also came into effect, pushing hopeful asylum seekers in Greece back to Turkey and closing the Aegean route. Most of those affected were from the Middle East and Asia.

In the four years since October 2013, when deadly journeys started making headlines, the Mediterranean crossing has claimed the lives of 15,000 refugees and migrants, accounting for more than half of the 22,500 migrants who have died or gone missing globally. 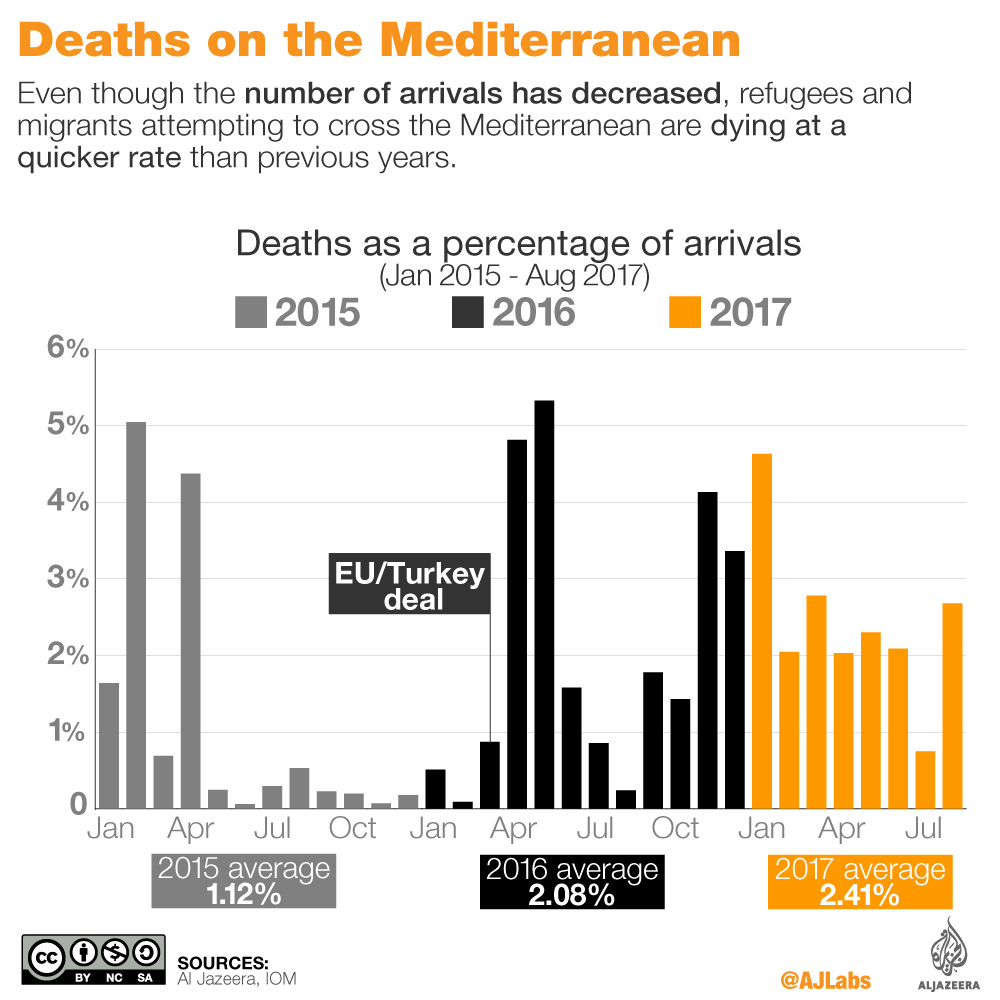