The UN has been hit by a new set of accusations that it mishandled allegations of sexual misconduct against peacekeepers in the Central African Republic (CAR).

On Thursday, Code Blue, a campaign by a US-based NGO seeking greater accountability for UN troops, said it had received 14 internal UN reports that detailed fact-finding inquiries into complaints made against troops within the UN peacekeeper mission in CAR (MINUSCA).

The reports showed how cases were repeatedly mishandled and botched by UN authorities.

Sharanya Kanikkannan, a lawyer with Code Blue, said the UN was filtering out complaints in the early stages and throwing out cases before they could be properly investigated.

“The filtering ensures that there is no access to justice for the vast majority of victims since they cannot gain access to law enforcement authorities without first convincing UN staff to believe them,” Kanikkannan said.

If allegations are found to be credible, it is the responsibility of the alleged perpetrators’ home countries to prosecute them, but if the UN decides that the case is not credible, the case is dropped.

Why do some peacekeepers rape?

The group said that in eight of the cases, the alleged survivors were not interviewed. Ten of the 14 cases were handled exclusively by UN personnel. One was carried out by authorities from the alleged perpetrator’s country of origin; the remaining three were joint investigations.

Ten of the 14 cases do not appear on the UN website where data is usually released about sexual misconduct cases, Code Blue said.

The UN secretary general’s spokesperson said on Thursday said the UN was looking into the allegations made by Code Blue, and that he did not believe the leaked files were a ”representative sample.”

It is the latest criticism of how sexual abuse has been investigated in the CAR, where the UN peacekeeping mission had the highest number of misconduct allegations in the world last year.

The UN’s 10,000-strong mission in the CAR has been dogged by accusations of sex abuse since it deployed in 2014 to curb fighting between mainly Muslim Seleka rebels, who had overthrown the president, and Christian militias.

Thousands have died, and a fifth of Central Africans have fled violence that broke out in 2013. At least 25 people were killed over the past week as violence continues to erupt in different parts of the country.

Do UN peacekeepers do more harm than good?

There have been persistent allegations of sexual abuse in the CAR, the Democratic Republic of Congo and Haiti over the past decade. The UN has been accused repeatedly of failing to tackle the issue comprehensively.

Earlier this week, the British human rights NGO, Redress, released a report titled Sexual Exploitation and Abuse in Peacekeeping Operations, arguing that UN solutions have been limited and grossly inadequate.

The report concluded that there were significant barriers preventing victims from reporting abuse to the UN “stemming from limited information about channels to report, fear and the inevitable conflict of interest when the UN receives complaints about the actions of those working under its mandate.”

Commenting on the report, Carla Ferstman, director of Redress and author of the report, said, “It is important that all victims can seek and obtain support and assistance and reparation for the harm suffered. This is not simply a moral obligation on the UN and others setting up and running peacekeeping operations, these are legal responsibilities”.

The United Nations has vowed to end impunity and to work with the countries contributing peacekeepers to UN missions to do more to combat sexual misconduct among their ranks.

In late August, the UN appointed a special coordinator for improving the UN response to sexual exploitation and abuse.

The issue is expected to come up next week at the UN’s annual General Assembly of world leaders. 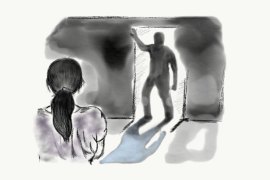