President Michel Temer of Brazil has been charged with obstruction of justice and racketeering, according to a statement posted on the prosecutor general’s office website.

It is the second set of criminal charges filed against Temer on Thursday based on the plea-bargain testimony of the owners of the world’s largest meatpacker, JBS SA.

They accused Temer of taking bribes in return for political favours and of conspiring to buy the silence of a witness who could implicate the leader.

In a statement, Temer strongly rejected all allegations of wrongdoing.

Temer’s earlier corruption charge, that he took bribes from JBS officials, was blocked in August by Temer’s allies in the lower house of Congress, which has the power to decide whether a president should stand trial by the Supreme Court.

Despite the lower house’s move to block the charges, they remain valid and can be pursued by prosecutors once Temer leaves office. His term ends on January 1, 2019.

Batista was arrested on Sunday for concealing other crimes in his plea bargain deal.

Batista’s lawyer, Antonio Carlos Kakay, rejected the charges brought by Janot, arguing in a statement that the prosecutor had violated the rules of plea bargains by using his client’s testimony to incriminate him.

On Wednesday, Batista’s brother Wesley, the chief executive officer of JBS SA, was also arrested for alleged insider trading to avoid hefty losses related to the May plea deal.

The arrests of the Batista brothers have improved Temer’s prospects of surviving the new charges and serving out his term through 2018.

Temer and his allies expect the new charges to be voted on in the lower house next month with wider support than he obtained in the 263-227 vote last month blocking a trial.

Fachin heeded a request from Temer’s defence not to deliver the accusation to the lower house until after a SupremeCourt plenary vote on the matter. The vote should be held before Wednesday. 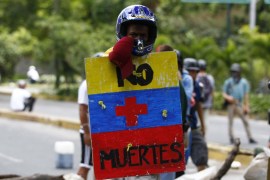 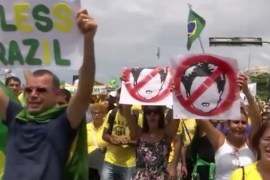 An in-depth look at the last two years of political turmoil and media power play in Brazil.