Syrian government forces have pressed their offensive in the province of Hama and captured a new city in Deir Az Zor, aiming to clear the country of Islamic State of Iraq and the Levant (ISIL, also known as ISIS) group, according to opposition activists and state media.

The violence on Friday came as a deal was announced in the Kazakh capital of Astana on de-escalation in the nearby, mostly rebel-held province of Idlib.

Syrian troops have been on the offensive against ISIL in central Syria for weeks under the cover of Russian aerial bombardment.

In August, troops were able to besiege a wide area controlled by the group that has been shrinking ever since.

One of the main battles has been taking place near the central town of Okeirbat, which government forces captured in mid-August.

Earlier this month, ISIL fighters regained control of the town only to lose it again on Thursday after a crushing attack that involved intense air raids, according to the Britain-based Syrian Observatory for Human Rights.

Okeirbat was the largest town ISIL held in the central province of Hama. The area is important because it is close to villages loyal to President Bashar al-Assad.

If it loses the central region, ISIL will be mostly left in the eastern province of Deir Az Zor as well as a third of the northern city of Raqqa, once the group’s de facto capital.

The Observatory said on Friday that more than two weeks of fighting has left hundreds dead on both sides.

The government-controlled Syrian Central Military Media reported the clashes, saying ISIL positions are being targeted with artillery and rockets.

Separately, the government forces also captured a new neighbourhood, al-Bogheliyah, from ISIL in the eastern city of Deir Az Zor, according to Syrian Central Military Media.

They have been marching from western parts of the city while US-backed fighters of the Kurdish-led Syrian Democratic Forces (SDF) have been approaching the city from the north.

Operations are going on northeast of Deir Az Zor, but that the US-backed fighters have no plans to go into the city, he added. He said that so far the SDF fighters have met “light resistance.”

“They have objectives, and they have reached the initial objective of clearing the initial portions of the Khabur River Valley. They have begun that clearance of some of that area, in still ISIS-held territory.”

Dillon’s comments appeared to hint that the SDF will leave it to government forces to retake the city.

Mohammed Ibrahim Samra, the governor of Deir Az Zour province, said the city has been completely liberated from ISIL.

However, despite Samra’s comments, opposition activists say that ISIL still controls almost 35 percent of the city.

A joint statement said on Friday that Turkey, Russia and Iran have agreed on the establishment of a “de-escalation” zone in Syria’s northern province of Idlib during a meeting in Kazakhstan’s capital Astana. 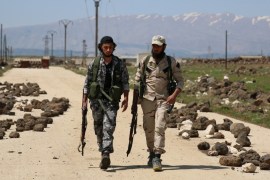 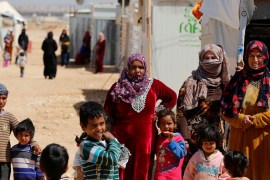 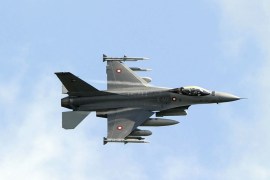