Anguished mourners filled the streets of the southern Mexican city Juchitan, which was devastated by the most powerful earthquake to strike in 85 years, as officials put the death toll across the country at 90.

Emergency services in the southern state of Oaxaca said on Sunday there had been 71 confirmed fatalities in the state alone from Thursday night’s 8.1 magnitude quake that struck off the coast of Chiapas.

The quake was stronger than a devastating 1985 temblor that flattened swathes of Mexico City and killed thousands.

There were so many deaths that slow-moving funeral processions caused temporary gridlock at intersections as they converged on cemeteries in Juchitan.

At least 15 people died in the neighbouring state of Chiapas, according to local authorities, while another four deaths have also been confirmed in the state of Tabasco to the north.

More than 5,000 homes were destroyed and many more left without running water or electricity in Juchitan.

“They pulled my father out from underneath the rubble. His house collapsed on top of him. It was difficult for them to find him as it was dark … the middle of the night,” Maria Angela Molina, a Juchitan resident, told Al Jazeera.

Relief efforts in the south continued through Saturday, with many of the people worst affected still wary of returning indoors to weakened buildings, fearing they could be brought down by ongoing aftershocks.

“Our main needs are basic supplies, medicines, and help with removing the rubble all over the city,” Oscar Cruz Lopez, Juchitan’s municipal secretary, told Al Jazeera.

“We need to prevent an epidemic and send people enough water and food, because there are places with no water supply,” he added.

Government cargo planes delivered much-needed supplies and the military began distributing boxes of food, though many residents of this city in a region of Oaxaca state, known as the Isthmus, complained that progress was slow and they had not yet received assistance.

The long, juddering tremor was felt some 800km away in Mexico City and as far south as Honduras. The Mexican Seismological Service reported 721 aftershocks.

Mexico sits atop five tectonic plates, making it prone to earthquakes, and has two long coastlines that are frequently battered by hurricanes. 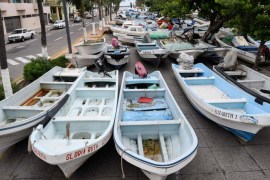 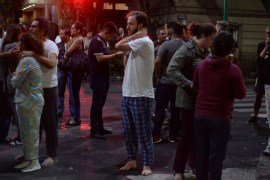