Environmental activists have warned that a vast Amazon reserve in Brazil is still under threat despite the suspension of a government decree that would have opened it up to commercial mining.

The federal court in the capital, Brasilia, said on Wednesday that it had “partially granted an injunction to immediately suspend any administrative act” aimed at annulling the Renca reserve, which is nearly the size of Denmark.

Judge Rolando Valcir Spanholo also said such as decision could not be made by decree and Brazil’s Congress would have to be consulted.

However, activists say Brazil’s Congress is dominated by ranching and mining interests.

Amid reports that the government is planning to appeal the verdict, many fear that the suspension could be a temporary block.

“The judge’s decision could be overturned at any moment,” said Marcio Astrini, public policy coordinator at Greenpeace Brasil.

Brazil’s President Michel Temer signed the controversial decree made public last week to annul the Renca reserve which covers four million hectares across the Amazon states of Amapa and Para.

The area is thought to have vast quantities of gold, iron and other minerals.

In a statement emailed to Al Jazeera, Brazil’s Ministry of Mines and Energy said “the objective of the measure is to attract new investments, with the generation of wealth for the country and employment and income for society, in addition to expanding the supply of mineral goods, always based on the precepts of sustainability”.

Environmental groups immediately blasted the decree as catastrophic, prompting Temer to issue an updated version on Tuesday which further detailed protection measures to forest conservation units and indigenous territories inside the reserve.

‘Our culture depends on our land’

Al Jazeera visited Alamira village in the Indigenous Wajapi people’s territory, a two-hour drive by dirt road inside the Renca reserve. Men and women go bare chested wearing the tribe’s traditional dress of a red knee-length skirt with long slits up the sides.

The Wajapi’s traditional lifestyle involves hunting deer and other forest animals, fishing, growing manioc, bananas and other crops, as well as collecting water and bathing in the rivers.

“Our culture depends on our land,” said leader Jawaruwa Wajapi, a city council member for the nearest municipality Pedra Branca de Amapari and one of the few Portuguese speakers in the Guarani Tupi speaking village.

“When the miners leave the destruction of the land will remain.”

Jawaruwa Wajapi said he also feared that the mining companies would attempt to buy off the community with gifts.

“The mining companies will offer material things for us. If we accept this, it will be a mistake,” he said.

The Wajapi territory was officially demarcated in 1996 in a process that enables indigenous people to receive legal protections for their land. The territory is composed of dozens of villages and around 1,300 indigenous people, according to local estimates.

Before the demarcation, the Wajapi suffered from an influx of illegal miners who flocked to the area after first contact with the tribe was made following the construction of the Perimetral Norte highway through the territory – part of the military government’s plan to connect the Amazon in the early to mid-1970s. The highway was never finished.

An illegal mining setup was found earlier this year near the Wajapi’s territory.

Elsewhere in the Renca reserve, there is another demarcated indigenous territory called Paru d’ Este, which is home to the Tirio and Apalai indigenous people, as well as a sustainable extractive community of nut pickers called Iratapuru and seven environmental conservation units.

Critics say that none of the three traditional communities inside the reserve were consulted regarding the decision, despite it being a requirement of Brazil’s constitution.

The government of Brazil has emphasised that the Wajapi territory and other protected areas will not be will not be affected by the decree and mining will not be permitted there.

Environmentalists, however, strongly refute this claim.

“We can’t believe this from the same government that is reducing conservation areas in other protected regions in the Amazon,” said Astrini, of Greenpeace Brasil, referring to recently proposed legislation to reduce protected forest areas in the Amazon state of Para.

According to Astrini, Brazil’s Congress is trying to reduce environmental licensing requirements, just as the country’s environmental police, IBAMA, suffers from severe cuts which affects their capacity to make inspections and raids – a combination, he said, that would have disastrous consequences for the reserve if it is annulled.

‘Our river is dead’, life after Fundao dam collapse

Lucia de Queiroz Ferreira Szmrecsanyi, Wajapi programme coordinator at Brazil’s Institute for Research and Training in Indigenous Education, noted that legislation to allow mining on indigenous territories has been on Congress’ agenda for a long time.

“For the congressmen supporting the government, this project is considered a priority,” she said.

The Renca reserve was founded in 1984 by Brazil’s then-military government as a safeguard for the mineral riches in the region and was part of the government’s “occupy or lose” stance towards the Amazon at the time.

Brazil’s news portal G1 reported last week, after Temer’s decree, that a government note said the Renca reserve is “no paradise”, adding that illegal prospect gold miners already operate in the region and that the annulment of the reserve would regulate these activities.

“Instead of combatting illegal mining, the government wants to legalise it. It’s like combatting homicide by legalising murder,” said Randolfe Rodrigues, an Amapa senator with the Rede Sustainability party.

According to Marcelo Oliveira from WWF Brasil, illegal mining in Renca reserve has left the rivers with high levels of mercury.

While noting the pollution that large mining projects could cause on the rivers, Oliveira also warned of the social impact.

“These large projects will need access and infrastructure, highways, dams. In the beginning, this will attract lots of people to the region, but once construction is complete, very few people are needed and the workers are left in these areas, similar to what happened with Belo Monte,” he said, referring to the Belo Monte dam, constructed in the Amazon state of Para.

The city of Altamira where the dam was built attracted many migrant workers and now has one of the highest homicide rates in Brazil.

Antonio Feijao, a three-time former congressman, lawyer, geologist and head of the consulting firm Amazon Global Consult in Amapa, who today provides services for the environmental commission of Brazil’s Senate, said that infrastructure and job creation are necessary for the state.

Amapa is one of Brazil’s least developed states with the highest level of unemployment in the country and incomes below the national average, according to the Brazilian Institute of Geography and statistics.

“The extinction of Renca will bring jobs, royalties for the cities and integrated infrastructure like roads that the local populations inside the reserve will also benefit from.”

But Rodrigues, of the Rede Sustainability party, refuted claims that the extinction of the reserve will be beneficial for citizens in the state.

“Our experience with mining in Amapa has not been positive,” he said.

“The business owners get rich while the environmental destruction and poverty gets left for the state.” 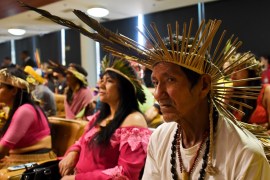 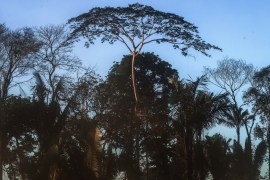