US Secretary of Defense James Mattis says he has signed orders to send additional soldiers to Afghanistan, without specifying the size of the force.

“Yes, I have signed orders but it is not complete. In other words, I have signed some of the (orders for) troops that will go and we are identifying the specific ones,” Mattis told reporters on Thursday, adding that the members of Congress would be briefed before details are made public.

Mattis declined to comment on how many more soldiers were included in the deployment orders.

However, US officials told Reuters news agency that President Donald Trump had given Mattis the authority to send about 4,000 additional troops to Afghanistan.

Other officials, speaking to The Associated Press news agency, said the US will send about 3,900 more troops to the country.

“It is more advisers, it is more enablers, fire support, for example,” Mattis said, adding that no additional troops had moved in yet.

“It’s going to take a couple days,” he said.

Mattis’ comments came a day after the Pentagon disclosed that US troop strength in Afghanistan had reached 11,000 soldiers – thousands more than it had previously stated.

The undetermined increase in soldier figures will be in addition to the existing 11,000.

After a months-long review of his Afghanistan policy, Trump committed the United States last week to an open-ended conflict in the country and promised a stepped-up campaign against Afghan Taliban fighters.

The security situation in Afghanistan has deteriorated for the US and Afghan government over the past few years.

The Afghan government was assessed by the US military to control or influence almost 60 percent of Afghanistan’s 407 districts as of February 20, a nearly 11 percentage-point decrease from the same time in 2016, according to data released by the US Special Inspector General for Afghanistan Reconstruction. 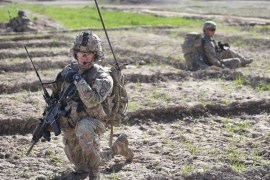 Key developments of a 16-year conflict, from the 2001 US invasion after 9/11 to Trump’s latest strategy reveal. 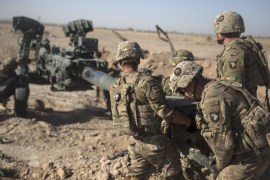 US reveals higher number of troops in Afghanistan 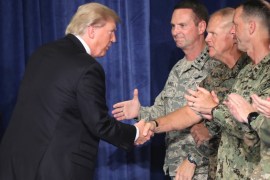