A state-run hospital in India’s northern Uttar Pradesh state has come under fire after the death of at least 42 children over the last two days.

Dr PK Singh, the head of Baba Raghav Das (BRD) Hospital in Gorakhpur, told Al Jazeera on Wednesday that at least 386 children died there in August alone due to a variety of reasons, including an annual encephalitis outbreak.

Singh said that seven of the deaths in the last 48 hours were from encephalitis, while the others were attributed to other medical complications.

READ MORE: Outcry over deaths of children in Gorakhpur hospital

The hospital found itself in the middle of a media storm earlier this month when at least 60 children died over five days, forcing authorities to launch an inquiry and suspend its head.

Those deaths coincided with a drop in the supply of liquid oxygen from a storage tank.

A team of experts from New Delhi later said that the interruption was not responsible for the deaths, but there was fury in India over how the hospital had let oxygen run out.

“Increase in fatality is because of seasonal infection,” Singh told The Associated Press news agency on Wednesday, explaining the deaths.

Encephalitis generally wreaks havoc in the area every year during the monsoon season, when stagnant water left over after the rains becomes a breeding ground for mosquitoes.

Experts say this year fatalities from encephalitis are expected to be high because of excessive rains and flooding across eastern Uttar Pradesh and particularly the area in and around Gorakhpur.

The city is 250km southeast of Lucknow, state capital of Uttar Pradesh.

Medical experts say the government continues to be taken by surprise and is unprepared for what is now an annual cycle of disease and death.

READ MORE: The challenges of treating drug-resistant TB in India

“Any layman can tell you that in view of flooding, the cases of vector-borne diseases are likely to go up, but what shocks me is that the administration has taken no preventive step,” Dr RN Singh, local expert, told AP. “There is no attempt to prevent spread of communicative diseases.”

Encephalitis has killed more than 4,000 children and sickened nearly 25,000 since 2010 in Uttar Pradesh.

The condition can leave surviving children paralysed and mentally impaired.

The rise in fatalities this year has put India’s health system under criticism.

Sanjay Kapoor, the editor of Hard News, an Indian political and current affairs magazine, put the blame for the “massacre” on India’s worsening health system.

“This is a story that has been unfolding repeatedly in different parts of the country,” he told Al Jazeera from New Delhi, earlier this month.

“Public health is a major casualty of corruption.” 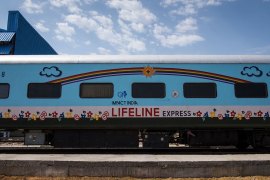 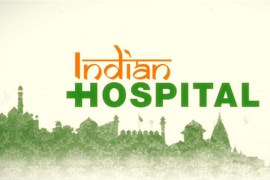 A unique observational documentary series that shines a light on Indian society as it is rarely seen.