A young black father who died after being apprehended by police in an east London shop did not swallow a controlled substance before his death, according to a UK police watchdog.

Rashan Charles, 20, died in a London hospital on July 22, shortly after he was tackled to the floor and apprehended by a white officer in a small grocery shop.

The police claimed that Charles died after an officer fought to stop him from swallowing an object, presumed to be drugs.

However, a statement on Wednesday by the Independent Police Complaints Commission (IPCC) on forensic analysis results found that an object removed from Charles’ airway by paramedics “did not contain a controlled substance”.

READ MORE: Do black lives matter in the UK?

The IPCC did not state what the item was but said it was awaiting the preliminary results of a post-mortem examination, which was carried out on Monday.

The IPCC’s said that the investigation into the death is “ongoing and making good progress”.

“Our independent investigation is thoroughly examining all aspects of police interaction with Rashan prior to his death and has already undertaken a large number of investigative actions,” stated the IPCC.

Following our meeting with the family of Rashan Charles we have released an update on our investigation pic.twitter.com/q7zG23wPSG

The moment Charles was restrained was caught on CCTV camera and has been shared widely on social media.

CCTV showed Charles entering a shop pursued by a uniformed police officer, after which there was a struggle. A member of the public joined that officer in forcefully pinning Charles to the floor.

In the footage, Charles appeared to put his hand to his mouth and became ill shortly after. A police medic provided first aid at the scene but he died later in hospital.

Clashes erupted on the streets of Hackney late on Friday, as police on horseback armed with batons tried to disperse protesters, some of whom held “Black Lives Matter” placards.

Friday’s clashes were reminiscent of an uprising in England in 2011, which saw public anger explode on the streets following the death of a British black man, Mark Duggan, at the hands of police.

Twitter hashtags #Justiceforrash and #blacklivesmatter trended on Friday, with pictures and videos of the protests, as well as tributes for the young victim.

In June, protesters gathered outside London’s Stratford bus station and Forest Gate police station in connection with the death of the 25-year-old, who they say was “brutally beaten” by officers.

Da Costa died on 21 June, six days after being stopped in a car in Woodcocks, Beckton, in Newham, east London.

The IPCC claimed that a number of packages were removed from Da Costa’s throat.

But campaigners said he suffered serious injuries to his head and neck after he was stopped.

The IPCC said a post-mortem into Da Costa’s death revealed no signs of neck or spinal injuries but the investigation continues as the cause of death is yet to be established. 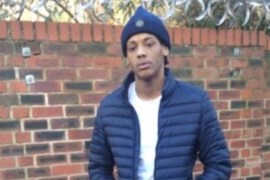 Anger spills into the streets after 20-year-old Rashan Charles, a black father, died having been forcefully pinned down. 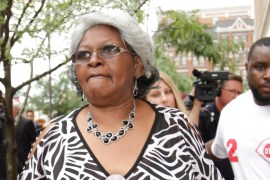 Another mistrial of US officer who killed black man

Case with the same overtones of racial discrimination as other recent police shootings ends in mistrial for second time.