Abdulazeez Anka, a federal high court judge, ordered on Monday the immediate forfeiture of the sum allegedly held in local bank accounts by Alison-Madueke, who was once one of Africa’s most prominent female politicians.

Nigeria’s anti-graft Economic and Financial Crimes Commission (EFCC), which accuses Alison-Madueke of corruption, argued in the Lagos court that she had illicitly laundered the funds with the help of top oil officials.

Since leaving office in 2015, Alison-Madueke has been implicated in bribery, fraud, misuse of public funds and money laundering cases in Nigeria, Britain, Italy and the United States.

Alison-Madueke – former president of the global oil cartel OPEC and the first woman to hold the post – has always denied the allegations, which involve billions of dollars syphoned from oil deals and state accounts.

Monday’s ruling followed two applications by the EFCC which earlier this month successfully seized properties worth $44m that Alison-Madueke allegedly purchased with the proceeds of corruption.

The court had also ordered an interim forfeiture of 56 houses linked to the former minister valued at $9m.

Nigeria is reeling from a series of corruption scandals by top officials.

Earlier in April, the EFCC uncovered $43m worth of cash during an apartment raid in Lagos. 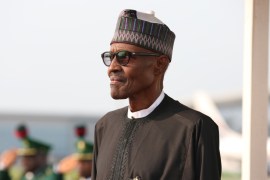 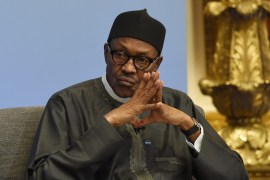