Every year, millions of Muslims depart for the Hajj pilgrimage to the holy city of Mecca.

However, a trip to Saudi Arabia, including a flight and hotel, can be expensive. Governments of several countries with a larger number of Muslims offer travel packages with a set price so even people with lower income can have a chance to do their pilgrimage.

For people from Malaysia, Hajj will be relatively cheap compared to other countries, mostly because the average income in the country is much higher than in others that offer Hajj trips. Bangladeshis, however, will have to save up a lot before they can afford the journey to Saudi Arabia.

The infographic below shows the average income of some prominent Muslim countries and how much the maximum price for a Hajj trip subsidised by the governemnt costs.

Want to know more about Hajj? Read our Hajj explainer 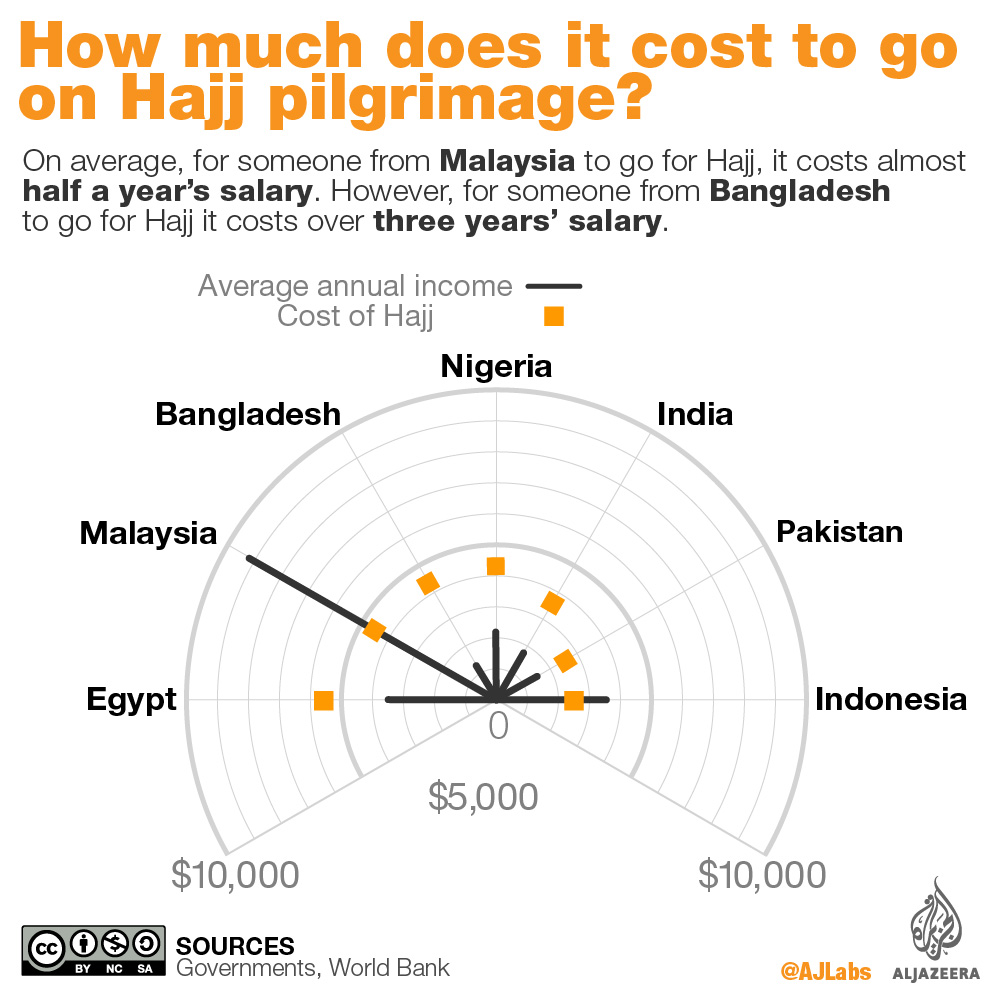