Anti-death penalty campaigners in the United States on Tuesday hailed Missouri Governor Eric Greitens’ decision to stay the execution of Marcellus Williams, a man convicted in 2001 of the murder of Lisha Gayle.

Despite new DNA evidence that Williams’ lawyers argue supports his claim to innocence, Missouri courts decided to continue with the execution.

But in his statement, Greitens said he would appoint a Board of Inquiry to examine the new evidence and recommend whether he should commute Williams’ sentence.

“To carry out the death penalty, the people of Missouri must have confidence in the judgment of guilt,” Greitens said, just four hours before Williams was scheduled to be put to death.

At the same time, an energetic social media campaign helped bring the case to the attention of the wider public – and for some, this played a key part in Greitens’ decision.

“The attention this got was really important,” Ken Gipson, Williams’ lawyer, told Al Jazeera. “The decision showed that when people speak, politicians want to listen.”

“The voices of the people definitely mattered. Over 200,000 people have signed the petition, calls have been ringing, and his [Greitens’] voicemail box was often full.”

One of the most influential figures in the campaign was Sister Helen Prejean, who has been advocating for the abolishment of the death penalty for decades.

Prejean rose to fame after she wrote Dead Man Walking, a book-turned-Academy Award-winning film that describes her experiences while fighting against the death penalty.

Prejean took to Twitter last week after Missouri courts refused to look at the new DNA evidence that might prove Williams’ innocence.

On Tuesday night, Prejean took again to Twitter to thank everyone who used social media to bring Williams’ story to the attention of many people.

Acknowledging the power of Twitter in such cases, she said: “It took me a while to embrace social media, but it’s been a very positive force in our work to stop executions and end capital punishment.”

It took me a while to embrace social media, but it's been a very positive force in our work to stop executions and end capital punishment.

Others also argued that it was mostly the massive campaign on social media that led to Greitens’ decision.

Andrew Stroehlein, media director for Human Rights Watch Europe, also acknowledged the role of social media in Greitens’ decision to name a Board of Inquiry, saying it was Twitter that helped save Williams’ life:

For those who missed it: Apparently Twitter helped save a life last night…

Social media literally saved the life of #marcelluswilliams ….They were planning on executing an innocent man

After the postponement, civil rights activist Shaun King, who tweeted several times about Williams in the lead-up to the planned execution, advocated for the abolishment of the death penalty, saying it is mostly poor people who cannot afford expensive lawyers who end up on death row.

At least call it what it truly is: A penalty for poor people who can't afford designer legal defense teams.

Others thanked Greitens for deciding to appoint a Board of Inquiry to look at the case, with many saying the governor had “made the right decision”, as Orange is the New Black actress Danielle Brooks put it.

Really, really good news. Nice to see a politician with a spine. https://t.co/HYdtM9xxM3

READ MORE: Marcellus Williams and the US’ ‘broken justice system’

In a statement, Missouri State Senator Jamilah Nasheed said she was “extremely grateful that Governor Greitens stayed the execution” but that the state of Missouri “owes it to both Williams and murder victim Lisha Gayle to find the answers that have eluded them for so many years”.

A Board of Inquiry consisting of five former Missouri judges will now look at Williams’ case again, including the new DNA evidence. 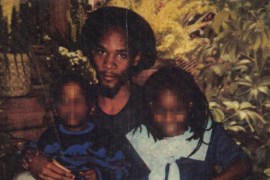 Marcellus Williams and the US’ ‘broken justice system’

Marcellus Williams is due to be executed on Tuesday but his supporters say his case exposes a racist system. 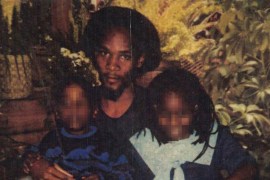 Governor stays execution of Marcellus Williams a few hours before he was due to be lethally injected in a state prison.