Karamba Diaby, who in 2013 became one of the first two black members of the German parliament, has pressed charges against racist Facebook users commenting on a post by a far-right party, according to Germany’s Deutsche Welle (DW) media network.

The racist comments were left underneath a post published on Monday by the National Democratic Party (NPD).

It featured a picture of one of Diaby’s election campaign posters and a caption that read: “German representative of the people, according to the SPD. Who betrayed us? The Social Democrats.”

Diaby, the Social Democrats (SPD) MP for the eastern city of Halle, responded by saying neither the skin colour nor the origin decides who is a parliament member in Germany.

“‘A black monkey’, ‘traitor’ and the ‘N-word’ are just some of the insults currently on the NPD’s Facebook page under the post of my election campaign picture,” he wrote on his Facebook page.

“I won’t allow myself to be intimidated and I won’t give up working for the solidarity of our society.”

The NPD’s post has not been taken down, but the party’s lawyer, Peter Richter, told DW that the party had not broken any laws and “any prosecutable comment are immediately deleted by the NPD”.

Yet, Diaby said the fact that the comments were no longer there did not change his determination to file criminal charges.

In an email interview with DW, he said it was important to him not to “just allow [the incident] to slide”.

“I get the impression that with these racist comments people are trying to intimidate democratic people, and silence them,” he said. “It is important to me because we can’t just allow it to slide – we have to take it seriously and stand up to it.”

Diaby said he had often fielded racist comments on social media, but it had become worse in recent years.

Many people do not even bother to hide their identities any more, he added.

“That’s the new thing about it,” Diaby said. “People have started to see the internet as a lawless space. And that’s exactly why we have to do something against it.”

Born in Marsassoum, Senegal in 1961 and orphaned at age seven, Diaby came to East Germany in 1985 for studies. He holds a doctorate in chemistry.

Following his election in 2013, he became the deputy chairman of the committee for human rights and humanitarian aid and a full member of the committee on education, research and technology assessment.

“Cultural openness in our society is at an infant stage,” Diaby told Al Jazeera ahead of the 2013 elections.

“We are a developing country in this regard. The political parties haven’t managed to identify the potential of immigrants. They don’t use their abilities and their experiences of their different cultural backgrounds – they could really enrich the political process.”

Germany is heading to the polls on September 24. 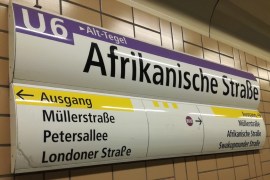 ‘The Nazis didn’t fall out of the sky, there is a deeper racist, xenophobic mindset in German history.’ 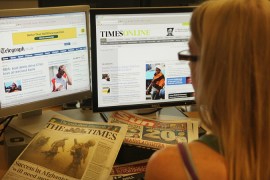 We examine the best and worst of online comments sections and ask how the media can cultivate a better conversation.