US President Donald Trump will announce his decision on the US’ strategy in Afghanistan in an address to troops and the nation.

The speech, expected Monday, comes amid doubts over the country’s current strategy in the 16-year war in Afghanistan.

Trump will “provide an update on the path forward for America’s engagement in Afghanistan and South Asia” in the evening address from the military base at Fort Myer southwest of the capital, the White House said in a statement.

A senior administration official said the likeliest outcome was that Trump would agree to a modest increase in US troops.

Trump has long been sceptical of the US approach in Afghanistan and was said to have resisted proposals to add more troops.

“We’re not winning,” he told advisers in a mid-July meeting, questioning whether Army General John Nicholson, the top US commander in Afghanistan, should be fired.

The US invaded Afghanistan in October 2001 – after the September 11 attacks on New York and Washington, DC – and overthrew the Taliban government.

But US forces have remained bogged down there through the presidencies of George W. Bush, Barack Obama and now Trump.

“I took over a mess, and we’re going to make it a lot less messy,” Trump said when asked about Afghanistan earlier this month.

The war stymied the Obama administration, which had deployed tens of thousands of US troops to reverse Taliban gains, and it withdrew soldiers.

Defence Secretary Jim Mattis has argued that a US military presence is needed to protect against the ongoing threat from armed groups.

Earlier this year, Trump gave Mattis the authority to set troop levels in Afghanistan, opening the door for future increases requested by Nicholson.

The general said in February he needed “a few thousand” additional forces, some potentially drawn from US allies.

Prince proposed a two-year plan in which American troops – aside from a handful of special forces – would be replaced by his army of about 5,500 contractors who would train Afghan soldiers and join them in the fight against the Taliban.

However, some US officials believe that a political solution is the only way forward in the war-torn country.

“Obama interestingly also supported the troop increase into Afghanistan, and it is, unfortunately, a long tradition among the American presidents of doing this – to increase US troops before they do the withdrawal,” Hillary Mann Leverett, a former Department of State official, told Al Jazeera.

“But I think in this case, President Trump was very sceptical of US policy in Afghanistan.”

She explained that a political process had not been tried, as of yet.

“That’s not something that any of the camps in the Trump administration are considering,” she said.

On August 15, in an open letter to Trump, the Taliban called on Afghans to enter peaceful dialogue instead of engaging “corrupt” politicians.

There are now about 8,400 US and 5,000 NATO troops supporting Afghanistan’s security forces in the fight against Taliban and other armed groups.

But the situation has remained as deadly as ever, with more than 2,500 Afghan police and troops killed from January 1 to May 8.

The number of civilian casualties as a result of the conflict in the country reached its highest point in 2016 when more than 11,500 people were killed or wounded in the fighting between the Afghan government and anti-government groups. 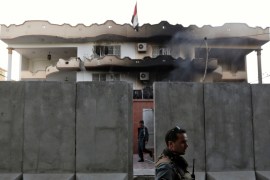 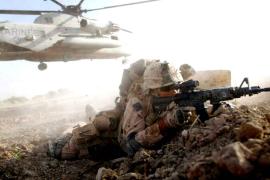