A 6-4 ruling by judges on Monday accepted the constitutionality of making abortion legal in cases of rape, threat to the mother’s life or deadly birth defects.

The Senate had approved the abortion bill last month, with President Michelle Bachelet vowing to sign it into law. The legislation was passed in its final form earlier in August, but conservative legislators then challenged its constitutionality.

With the court’s ruling on Monday, the bill has now become law.

THE STREAM: Chile battles over abortion for 11-year-old

Chile legalised abortion for medical reasons in 1931, but the procedure was then banned under all circumstances in 1989 during the dictatorship of General Augusto Pinochet.

Before Monday, the South American country was part of a small group of socially conservative nations that barred abortion under all circumstances – including the Dominican Republic, El Salvador, Gabon, Haiti, Malta, Nicaragua, the Philippines and Senegal.

Under the previous law, abortion in all circumstances was punishable by up to five years in prison.

Polls in July showed that 70 percent of Chileans support legalised abortion under the three conditions mentioned in the bill.

About 30,000 provoked or spontaneous abortions are recorded each year in the country, though it is estimated that clandestine abortions could number around 160,000, according to a pro-abortion rights group.

“Doctors will no longer have to turn away women who are in desperate and life-threatening situations to seek clandestine or unsafe procedures,” he said. 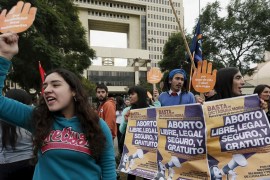 President Bachelet vows to sign law allowing abortion in rape cases, or if the mother’s or fetus’ life is in danger. 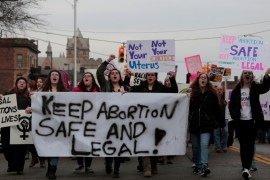