NOAA’s National Centre for Environmental Information (NCEI) has just released its Global Climate Report for July, and for those concerned about the future of our planet, it makes for grim reading.

In records stretching back to 1880, July 2017 was the second warmest July ever recorded.

Nine of the 10 warmest Julys on record have occurred since 2005, with only 1998 (a strong El Nino year) preventing a clean sweep for the 21st century.

Among the month’s temperature highlights were:

Bahrain: Warmest July since records began in 1902. The mean temperature was 36.9C, a massive 3C above average.

Australia: July mean temperature was the third highest in the country’s 108-year-old data set and the highest since 1975.

With so many “above average” reports, inevitably some places will be “below average”.

Parts of northeastern Russia were exceptionally cold, but across the globe, not a single record low temperature was reported over land or sea.

To complete the global picture, there has been continued erosion of sea ice at both poles.

In the Arctic, the sea ice extent was the fifth lowest in an albeit limited satellite database that stretches back 38 years.

In the Antarctic, the sea ice is the lowest on record for July, due to storm activity and an extended period of warm northerly winds.

Every month of 2017, so far, has been in the top three warmest for that particular month. To date, it is the second warmest January to July period on record, just 0.14C behind last year, which was the warmest on record.

The US withdrawal from the Paris Agreement and concerns about “doctored” emission figures from some countries, does little to make one believe that the agreement to keep 21st century warming within 2C of pre-industrial levels will be met. 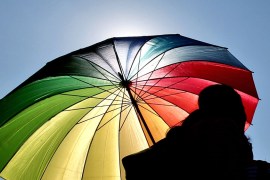 February was one of the warmest months recorded globally in more than 130 years. 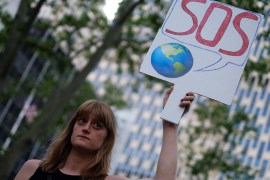