Malala Yousafzai, the 20-year-old Pakistani education activist and youngest winner of the Nobel Peace Prize, has gained a place at Britain’s Oxford University.

“So excited to go to Oxford!!” she tweeted on Thursday, celebrating her acceptance to Oxford after getting her A-level results.

So excited to go to Oxford!! Well done to all A-level students – the hardest year. Best wishes for life ahead! pic.twitter.com/miIwK6fNSf

She will study philosophy, politics and economics.

The University of Oxford has confirmed Yousafzai’s acceptance to the DPA news agency.

Yousafzai had said in March during an education conference in Birmingham that she received an offer to study at a British university.

Yousafzai first came to international prominence in 2012 after a Taliban gunman shot her in the head near her school in Pakistan’s Swat Valley.

She wrote then under the pen name “Gul Makai”, the name of the heroine from a local Pashtun folk tale.

Yousafzai now lives in the UK, where she received medical treatment following her shooting.

Malala is also one of only six people to receive honorary Canadian citizenship. 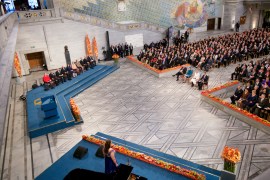 Who will win the 2016 Nobel Peace prize?

Nobel Peace Prize judges must choose between 376 nominated candidates for the peace prize. 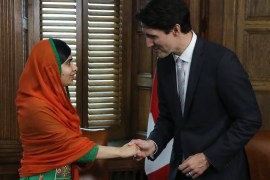 The advocate for girls’ right to education worldwide is only the sixth person to ever receive the symbolic title.