Buses carrying thousands of Syrian refugees and rebel fighters have begun leaving the Lebanese territory of Arsal for Syria, according to the Hezbollah-owned al-Manar TV station.

The evacuation on Monday is part of a deal between rebels and Hezbollah, which ensures the safe passage of refugees and the fighters themselves.

Previous deals have seen refugees head to rebel held territory but on Friday, the Lebanese security official overseeing the arrangements, General Abbas Ibrahim, said that a group of civilians would go to Assal al-Ward, an area just across the border from Arsal and held by the Syrian government.

The fighters and their families will go to another part of Syria which he did not identify. A military media unit run by Hezbollah last week said they would go to the rebel-held town of al-Ruhaiba in the Eastern Qalamoun region, the Reuters news agency reported.

Some 300 rebels from a group called Saraya Ahl al-Sham – which is loyal to the Free Syrian Army – as well as about 3,000 refugees are included in the deal that followed an assault by the Lebanese Shia group on rebel positions in Arsal, last month.

Hezbollah began its operation to retake parts of Arsal from Syrian rebels groups late in July with help from Syrian government warplanes.

The Islamic State of Iraq and Levant (ISIL, also known as ISIS) group still holds an enclave straddling the border near the town of Arsal.

Hezbollah and the Lebanese army are set to launch an offensive to expel ISIL from the area, but no date has been set so far.

Nearly 1.5 million refugees have poured into Lebanon, and they now make up around a quarter of the country’s population. Most languish in severe poverty, and several thousand live in makeshift camps east of Arsal.

The multi-sided Syrian conflict has killed hundreds of thousands of people and driven at least 11 million from their homes – about half of Syria’s prewar population. 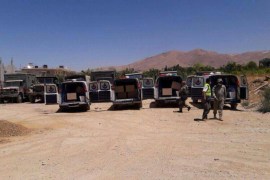 Thousands to be evacuated from Lebanon-Syria border

Under a deal between Hezbollah and Syrian opposition groups, 9,000 fighters and their relatives will return to Syria. 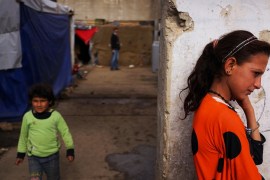