The world’s oldest man who survived the Holocaust, Yisrael Kristal, has died in Israel, aged 113, according to local news reports.

Kristal’s death on Friday came a year after he was recognised by Guinness World Records as the world’s oldest living man.

Guinness said Kristal was born in Poland on September 15, 1903, and survived the Auschwitz death camp, where his first wife, two children, and other family members were killed by the Nazis.

He married again after World War II and moved to Israel in 1950.

He died in the northern port city of Haifa aged 113 years and 330 days, Israeli reports cited by the Reuters news agency said.

Kristol’s death drew condolence messages from across the world.

On Twitter, the US Holocaust Museum wrote: “Yisrael Kristal’s passing reminds us of the importance of learning from survivors while they are still with us,” using a variant spelling of his name.

We mourn the passing of Shoah survivor Yisrael Kristal, world's oldest man, at 113. May his memory be a blessing. https://t.co/hjIhysa5h2

The Anne Frank Center said: “We mourn the passing of Shoah (Holocaust) survivor Yisrael Kristal, world’s oldest man, at 113. May his memory be a blessing.”

Jeanne Calment, a French woman, had the longest confirmed human lifespan, according to Guinness. She died in 1997 at the age of 122. 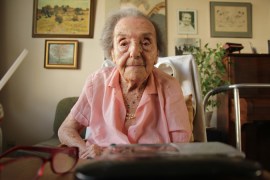 Alice Herz-Sommer, who along with other musicians performed in concentration camps to keep up spirits, dies aged 110. 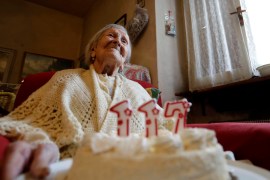 Emma Morano, who was born on November 29, 1899, passed away in her armchair in Verbania, Italy, on Saturday.