Talks aimed at ending Cyprus’s decades-old conflict have collapsed without a deal, despite an 11th-hour bid by the UN chief to salvage them.

The failure to reach a deal on Friday follows more than two years of UN-backed efforts to reunify the island and end one of the world’s longest-running political crises.

The talks that began in the Swiss Alpine resort of Crans-Montana on June 28 had been billed as the best chance to end the island’s 40-year division.

One of the biggest areas of disagreement was the future of Turkey’s troop presence on the island and its security guarantee for Turkish Cypriots.

“I am deeply sorry to inform you that despite the very strong commitment and engagement of all the delegations and the different parties … the Conference on Cyprus was closed without an agreement being reached,” said UN Secretary-General Antonio Guterres.

Turkish Foreign Minister Mevlut Cavusoglu said Greece’s insistence on no troop presence and an immediate end to its guarantor status would have been unacceptable to Turkish Cypriots.

Cyprus government spokesman Nikos Christodoulides said: “Unfortunately, no breakthrough was made… due to the insistence of the Turkish side to continue with … the Turkish intervention rights in Cyprus as well as the illegal presence of Turkish troops on the island.”

The island has been divided since 1974 when Turkey, one of the three guarantor powers of Cyprus, conducted a military operation there and later occupied its northern third in response to an Athens-inspired coup seeking union with Greece.

Turkey maintains tens of thousands of troops in the breakaway Turkish Republic of Northern Cyprus (TRNC). 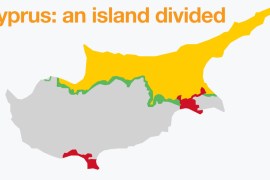 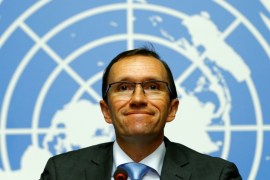 FMs of three guarantor powers, the UK, Greece and Turkey, will join talks alongside Greek and Turkish Cypriot leaders. 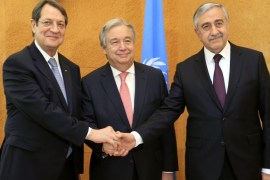 Turkish Cypriot side rejects meeting after Greek Cypriot move to mark 1950 referendum for union with Greece at schools.