Indonesian police are investigating an allegation of blasphemy against the youngest son of President Joko “Jokowi” Widodo.

Jakarta police spokesman Argo Yuwono said on Thursday that police plan to summon Kaesang Pangarep for questioning after receiving a complaint about a video he uploaded to YouTube in May.

The video, entitled Ask Daddy for a Project – a reference to children of politicians who seek business favours – includes criticism of Indonesians who during recent sectarian tensions in the Muslim-majority nation declared they would refuse funeral rites for those who supported non-Muslims as leaders.

The former governor of Jakarta, a minority Christian, is serving a two-year prison sentence for blasphemy after being sentenced in May. 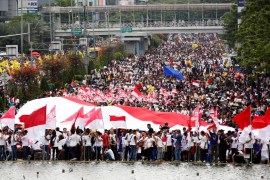 Crowds gather in Jakarta in response to protests against city’s Christian governor who is accused of blasphemy. 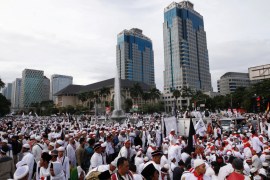