US-backed forces in Syria have breached the wall surrounding the Old City of Raqqa as they try to retake the city from ISIL, the US Central Command said.

“Coalition forces supported the SDF advance into the most heavily fortified portion of Raqqa by opening two small gaps in the Rafiqah Wall that surrounds the Old City,” Centcom said in a statement on Monday night, referring to the Syrian Democratic Forces.

US-backed fighters pierced Raqqa from the south for the first time on Sunday, crossing the Euphrates River to enter a new part of the Syrian city, the UK-based Syrian Observatory for Human Rights said.

The Syrian Democratic Forces (SDF) have spent months closing in on the Islamic State of Iraq and the Levant (ISIL, or ISIS) group’s stronghold and entered the city’s east and west for the first time last month.

In the fighting at the wall, US Central Command said the Kurdish-led SDF fighters faced heavy resistance from ISIL fighters, who used the wall as a combat position and planted mines and improvised explosive devices against advancing US-backed soldiers.

“Conducting targeted strikes on two small portions of the wall allowed coalition and partner forces to breach the Old City at a locations of their choosing, denied ISIS the ability to use pre-positioned mines, IED and VBIEDs, protected SDF and civilian lives, and preserved the integrity of the greatest portion of the wall,” the US statement said.

“The portions targeted were 25-metre sections and will help to preserve the remainder of the overall 2,500-metre wall,” it added.

Advancing on Raqqa, the de facto capital of ISIL since they seized it in July 2014, is a symbolic development in the coordinated fight against the group in Syria and Iraq. 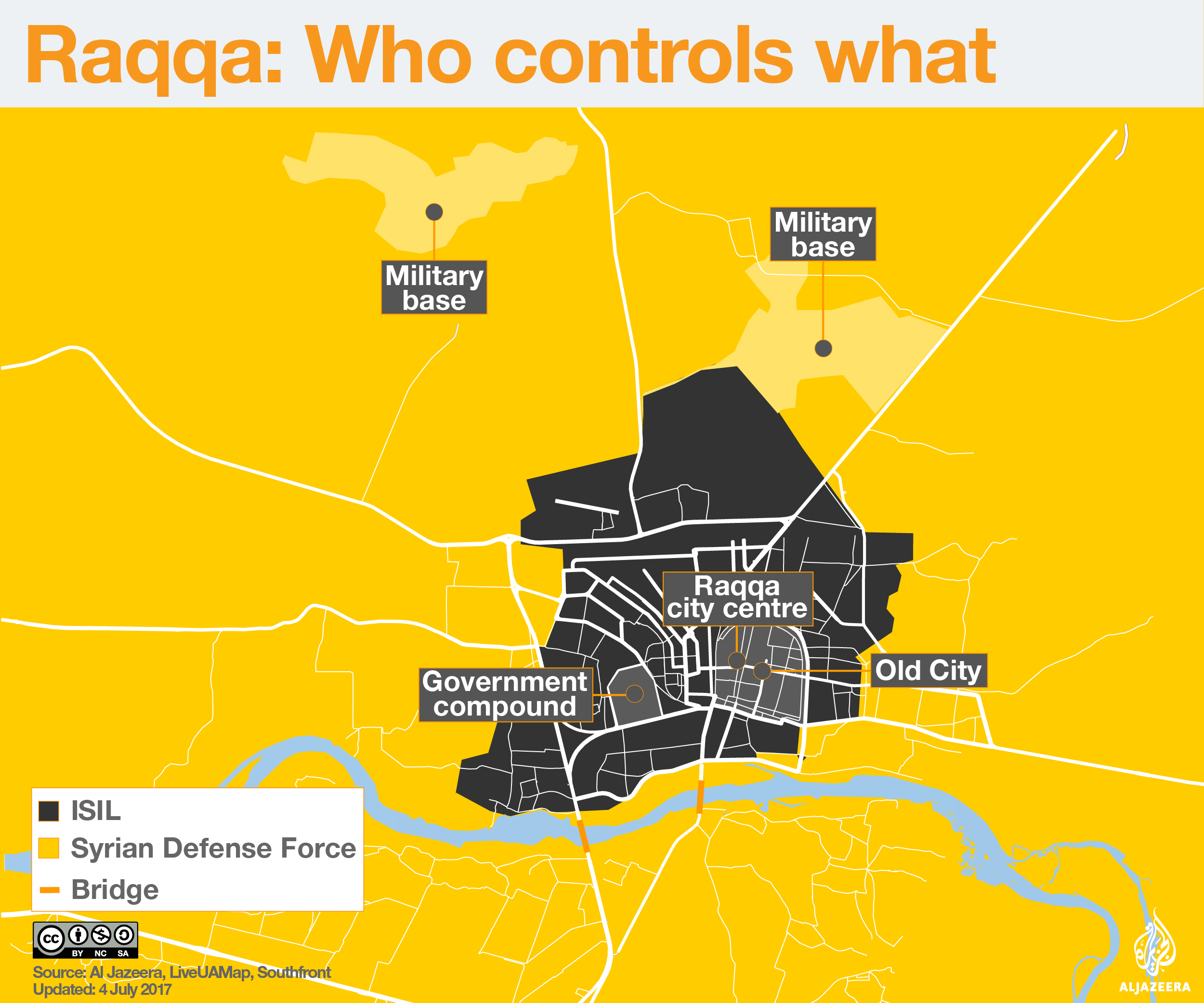