China’s UN envoy has said it is primarily up to the United States and North Korea, not Beijing, to reduce tensions and work towards resuming talks to end Pyongyang’s nuclear weapon and ballistic missile programmes.

Liu Jieyi’s remark came on Monday after US President Donald Trump said on Saturday he was “very disappointed” China had done “nothing” for Washington with regards to North Korea who a day earlier conducted its second test this month of an intercontinental ballistic missile (ICBM).

Jieyi said “[the US and North Korea] hold the primary responsibility to keep things moving, to start moving in the right direction, not China”.

“No matter how capable China is, China’s efforts will not yield practical results because it depends on the two principal parties,” Liu said, speaking at a news conference marking the end of Beijing’s presidency of the UN Security Council in July.

Without naming anyone, he also accused “relevant countries” of violating Security Council resolutions by heightening tensions and failing to resume negotiations.

Al Jazeera’s Gabriel Elizondo, reporting from the UN headquarters in New York, said Jieyi was responding to a question about North Korea’s missile test and he spoke for nearly 13 minutes.

“It gives an idea of how much China wanted to respond to Trump’s comment. And it was a very strong response, pointing a finger directly at North Korea and the US,” our correspondent said.

“He said that his country clearly believes in peace and stability in the Korean Peninsula and China is willing to work with all parties.”

Nikki Haley, the US ambassador to the UN, said on Sunday Washington was “done talking about North Korea” and China must decide if it was willing to back imposing stronger UN sanctions on Pyongyang.

“We’re constantly in touch. Communication has never stopped on what the council should do,” Liu told reporters. “The new resolution is under discussion in the Security Council.”

For nearly a month, the US has been in talks with North Korean ally China on a draft UN Security Council resolution to impose stronger sanctions on North Korea.

Traditionally, the US and China have negotiated sanctions on North Korea before formally involving other council members.

Liu said China was looking at the best way Security Council action could achieve de-nuclearisation, maintenance of peace and security on the Korean Peninsula and a resumption of talks.

“And also what measures should be put in place to prevent further [missile] testing and at least to make sure that the non-proliferation regime works better to stop the nuclear and ballistic missile programmes,” he said.

He reiterated China’s opposition to the deployment of a US anti-missile defence system, known as THAAD, in South Korea.

“That is not the way to counter the purported testing by [North Korea],” he said. “It has a big negative impact on the strategic stability of the region.” 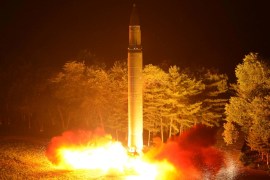 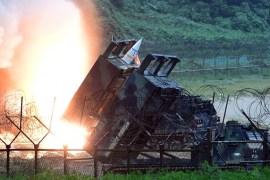 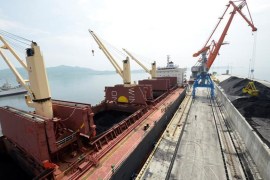