Suspected Boko Haram fighters have killed at least nine people and abducted as many as 40 others in south-east Niger, according to local officials.

The gunmen late on Sunday attacked a village in Kablewa town near the southeastern Niger city of Diffa, close to the border with Nigeria, authorities said on Monday.

In a separate interview with the AFP news agency, Daouda said between 30 to 40 people, including women and young men, were also abducted.

He said Niger authorities were headed to the area to investigate.

Abba Gata Issa, another mayor from the Diffa area, confirmed to Reuters that nine people had died, and around 40 women and children had been kidnapped.

The attackers rode camels into the village and carried out the killings, according to Maman Nour, the director of a community radio station in Kablewa.

The attack was the second such incident in the village in a week.

Al Jazeera’s Ahmed Idris, reporting from the Nigerian capital, Abuja, said no group has claimed responsibility for the latest attack.

“For incidents like this, it takes Boko Haram days to come up with a statement,” he said. “But over the last two months in particular, we’ve seen heightened activities on the part of the Boko Haram, who have stepped up their suicide bombings, especially on the Nigerian side.

“This is an escalation at a time when security services are saying that they have gotten a grip of the situation,” our correspondent said.

Since 2015, the armed group’s members have been staging regular attacks in the Diffa region, where Niger has declared a state of emergency.

On Wednesday, two female bombers blew themselves up in a refugee camp in the town, killing two other people and wounding 11, in an attack also blamed on Boko Haram.

More than 20,000 people have been killed and more than two million have fled their homes since Boko Haram launched an armed campaign in 2009 to create an Islamic state in northeast Nigeria. 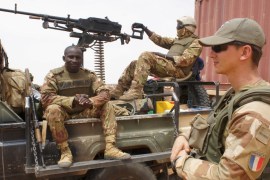 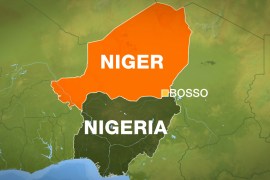