The European Union has announced it had launched legal action against Poland’s right-wing government over a new law that allows the justice minister to unilaterally replace the chief justices of common courts.

The move came on Saturday, a day after Poland published the law following the approval by the country’s President Andrzej Duda despite mass protests staged in the country against the legislation.

“The European Commission launched an infringement procedure against Poland by sending a letter of formal notice,” the EU’s powerful executive said.

The EU statement said Warsaw had one month to reply to the Commission letter, which “raises concerns that […] the independence of Polish courts will be undermined”.

The action eventually could lead to Poland being hauled before the bloc’s highest court, the European Court of Justice, and possibly fined.

The Commission has also warned of even tougher measures if the governing Law and Justice Party (PiS), which has raised EU concerns since winning the Polish elections in late 2015, forges ahead with deeper court reforms.

In Warsaw, Duda’s chief of staff Krzysztof Szczerski warned on Saturday that the Commission had “entered a path that leads nowhere”, saying organisation of the courts was the sovereign preserve of member states.

“At a certain point, a reversal will be obligatory” for the Commission, which will face “increasingly high” costs each step it takes, Szczerski told PAP news agency.

Two other controversial reform bills approved by the parliament were vetoed by Duda.

One of them would have reinforced political control over the Supreme Court, the other would allow parliament to choose members of a body designed to protect the independence of the courts.

Polish Prime Minister Beata Szydlo has vowed to push ahead with all the reforms despite Duda’s vetoes.

Article 7 is a never-before-used EU process designed to uphold the rule of law, a so-called “nuclear option” that can freeze a country’s right to vote in meetings of EU ministers.

The chances are slim that its voting rights could actually be suspended. Populist Hungarian Prime Minister Viktor Orban has vowed he would instantly veto any such move by the EU. 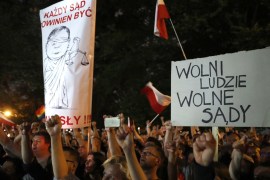 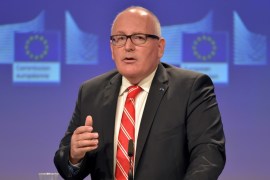 Country angered by EU’s threat to freeze its right to vote in ministers’ meetings over controversial new laws. 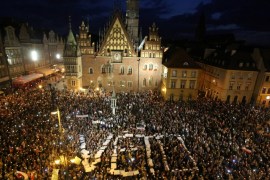