Kenyans are heading to the polls on August 8 to pick a president in a tightly fought election. Eighteen candidates are competing for the country’s top position. President Uhuru Kenyatta, who came to power in 2013, is seeking a second and final term in office. Raila Odinga, who lost to Kenyatta in the last election, is his main challenger.

Besides the presidential election, people will also go to the polls to vote on governors, members of parliament and senators.

More than 19 million Kenyans have registered to vote in the election. 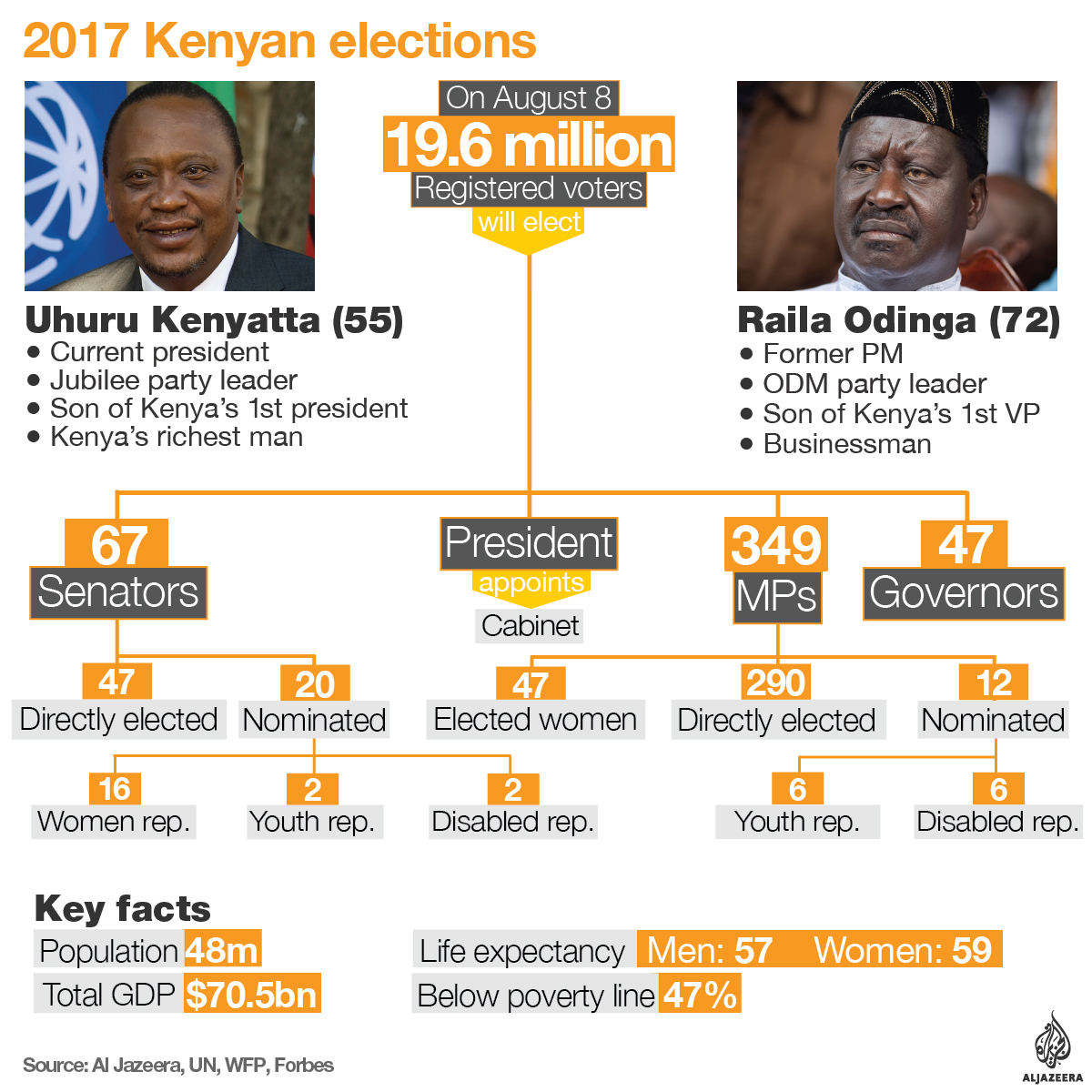