An Egyptian criminal court on Tuesday sentenced 43 activists to life in prison in connection with violence in 2011 following the removal of former President Hosni Mubarak in a popular uprising, judicial sources said.

The defendants were charged with rioting, vandalism and attacking security forces during clashes with police and the army in Cairo in December 2011, in which at least 17 people were killed and almost 2,000 were wounded.

The court also fined the defendants more than 17 million Egyptian pounds ($948,661) combined for vandalising public property during the clashes.

Nine others were sentenced to 10 years in prison and one to five years, while 92 were acquitted.

The defendants can appeal against their verdicts to a higher court. Life sentences in Egypt last 25 years.

The case was retried because initial verdicts in 2015 had been issued while the defendants were in abstentia.

Mass trials have been common since the army deposed Muslim Brotherhood President Mohamed Morsi in 2013 following nationwide demonstrations against his rule.

Both local and international rights groups have repeatedly voiced criticism against the practice.

The clashes in December 2011 broke out near the cabinet and parliament buildings in the Egyptian capital months after the Arab Spring uprising that ousted Mubarak.

Six years after his ousting, the ex-president was released from detention in March after being cleared of inciting the killings of hundreds of protesters in 2011. 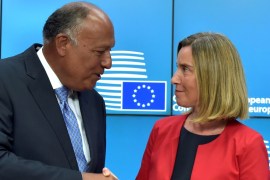 Egypt: No compromise in dispute with Qatar 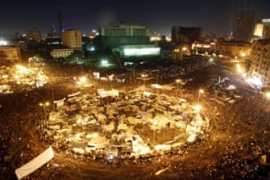