Senior White House adviser Jared Kushner has said he had four contacts with Russian officials, but denied any collusion to help his father-in-law Donald Trump to win the US presidency.

In a statement released on Monday, Kushner described contacts with Russian Ambassador Sergey Kislyak and other Russian officials as normal in his former role as the campaign liaison to foreign governments.

“I did not collude, nor know of anyone else in the campaign who colluded, with any foreign government,” he said in the statement.

“I had no improper contacts. I have not relied on Russian funds to finance my business activities in the private sector.”

Kushner, who is married to Trump’s eldest daughter Ivanka, testified before the Senate intelligence committee later on Monday.

Two sources with knowledge of what Kushner told the Senate staff said the session was pleasant and conversational and that there may be another interview.

After the session, Kushner gave a speech at the White House, reiterating remarks made in the statement earlier.

On Tuesday, he will stand in front of the House panel, according to his lawyer.

Kushner’s appearance has been highly anticipated, in part because of a series of headlines in recent months about his interactions with Russians and because until Monday he had not personally responded to questions about an incomplete security clearance form and his conversations with foreigners.

In Monday’s statement, he gave details of a meeting in June 2016 with a Russian-American lawyer and said it was such a “waste of time” that he asked his assistant to call him out of the gathering.

Emails released this month show that the president’s son, Donald Trump Jr, accepted the meeting at Trump Tower with the idea that he would receive damaging information about Hillary Clinton.

But Kushner said he had not seen those emails until recently shown them by his lawyers.

Kushner also denied reports that he discussed setting up a secret back-channel with Kislyak.

He said he did speak with Kislyak in December at Trump Tower, but that conversation was about policy in Syria.

He also said he met a Russian banker, Sergey Gorkov, at the request of Kislyak, but no specific policies were discussed.

Trump Jr and Trump’s former campaign manager, Paul Manafort, who was also at the June 2016 meeting, were scheduled to testify before the Senate Judiciary Committee this week.

But on Friday their attorneys said the two men were in discussions to be privately interviewed by staff or politicians, though the chairman of the committee, Iowa Senator Chuck Grassley, has said they will eventually testify in public.

Trump took to Twitter over the weekend to defend himself and repeat his criticism of the investigations.

On Sunday, he tweeted: “As the phony Russian Witch Hunt continues, two groups are laughing at this excuse for a lost election taking hold, Democrats and Russians!” 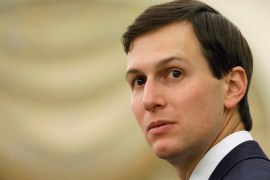 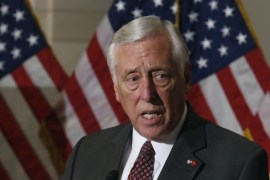 A key section of the bill mandates a congressional review if Trump attempts to ease or end the sanctions against Moscow.